Indonesian who caught 14-foot crocodile with rope: ‘I had to take a chance’ 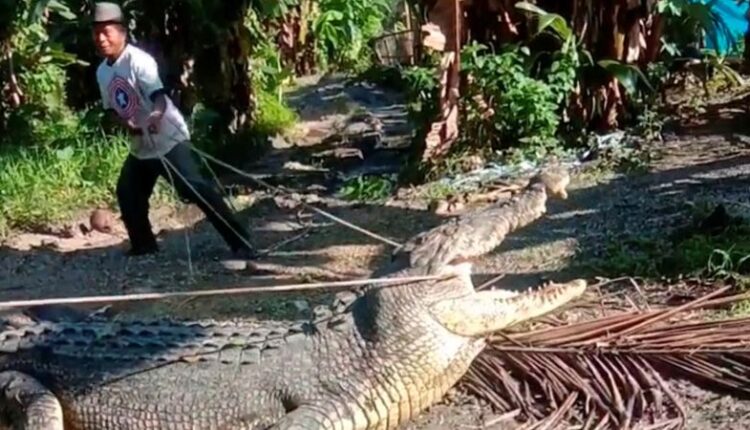 Fellow villagers have praised an Indonesian man for capturing a crocodile measuring 4.3 meters (14.1 feet) on the island of Sulawesi using just a rope.

The giant reptile can be seen in a video being secured around the jaws by Usman, who, like many Indonesians, goes by one name. Usman said it had been roaming the area for at least two days, frightening the inhabitants.

“If we had left it, it would have come on to land and we wouldn’t have been able to go into the rice fields,” the 53-year-old said.

“There are also drainage channels around the roads here, places where locals fish. It would have been dangerous if it had crawled up the drainage channels. I had to take a chance,” he said.

The crocodile’s capture was lauded by others in the village of Ambau Indah.

“What Usman has done is appreciated by the community. Some even consider it a heroic act, because it saved many people who could have become victims,” said Umar Siddiq al Farizi.

In the past there had been several crocodile attacks in the area, he said. He also welcomed Usman’s decision to report the capture to authorities.

“He (Usman) considered this a rare animal whose habitat had been damaged by floods. He thought it should be protected and not killed,” Umar said.

The crocodile will be released back into the wild, an official at the local Natural Resources Conservation Agency said.