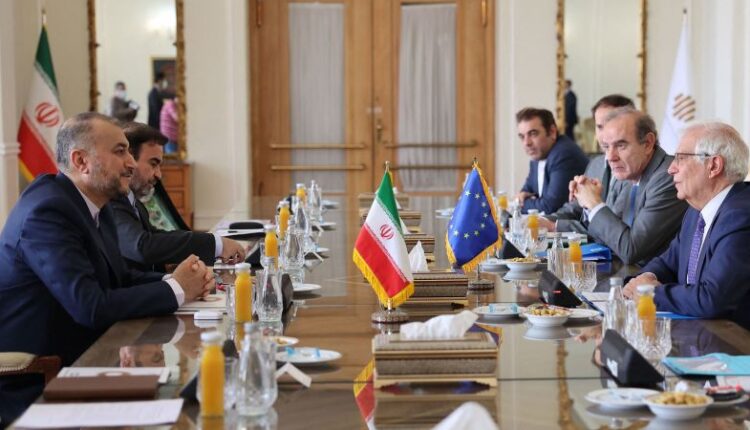 A “final text” to revive the Iran nuclear deal is ready to be signed in Vienna, according to the European Union’s foreign policy chief Josep Borrell. However, the text must still be approved by Iran and the US, he said on Monday.

“What can be negotiated has been negotiated, and it’s now in a final text. However, behind every technical issue and every paragraph lies a political decision that needs to be taken in the capitals. If these answers are positive, then we can sign this deal,” Borrell tweeted.

Iran and the US are indirectly negotiating an EU proposal recently put forward by Borrell presenting a framework on the return to the deal, formally known as the Joint Comprehensive Plan of Action.

A State Department spokesperson told CNN that the US “stand ready to quickly conclude a deal on the basis of the EU’s proposals.”

“As the EU said two weeks ago, the text they tabled then is the best and only basis on which to reach a deal. Over the past few days, the EU Coordinator engaged in further consultations to help clarify and fine tune any remaining questions regarding that text. Those consultations were completed today and we’ll now await the EU’s next steps,” the spokesperson said.

“For our part, our position is clear: we stand ready to quickly conclude a deal on the basis of the EU’s proposals. I will not speculate on Iran’s position. They repeatedly say they are prepared for a return to mutual implementation of the JCPOA. As the EU Coordinator has made clear, this text is the only possibility basis on which to do so.”

“Let’s see if their actions match their words,” the spokesperson added.

The United States withdrew from the deal in 2018 under then-President Donald Trump. In the wake of the US withdrawal, Iran has increasingly violated the agreements it made under the deal and expanded its nuclear program.

Iranian Foreign Minister Hossein Amir-Abdollahian told Borrell that “a final deal should protect the right of the Iranian nation and guarantee the lifting of sanctions,” a statement said.

“The point of view and positions of Iran regarding the positions presented by (top European negotiator) Enrique Mora have been conveyed back to him and it is expected that each of the parties show determination and seriousness to reach a final agreement,” the statement published by Iran’s Foreign Ministry said.