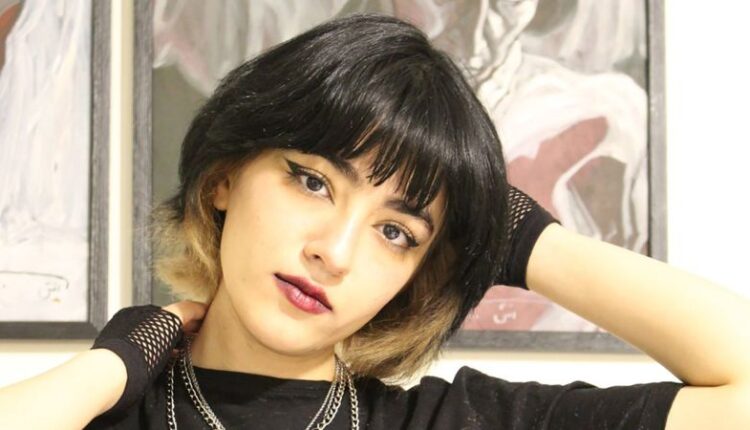 The mother of Nika Shahkarami, a 16-year-old protester who was found dead in Tehran last month, says her daughter was killed by Iranian security forces at a protest.

In interviews with Iranian newspaper Etemad and BBC Persian and a video message published by US-funded Radio Farda, Shahkarami’s mother, Nasrin Shahkarami, rejected official explanations that her daughter fell off a roof.

“It’s clear that my daughter was at the protests and killed there,” Nasrin Shahkarami said, according to the interview with Etemad, an independent Iranian newspaper.

Etemad removed the interview from its website on Tuesday.

Nika Shahkarami’s death comes amid ongoing nationwide protests against a regime accused of corruption and stamping out dissent with arbitrary detentions and even mass executions.

The protests were first ignited by the death of another young woman, Mahsa Amini, after she was detained by morality police in September.

The Iranian government has said Nika Shahkarami was found dead on September 21 after closed circuit TV footage appeared to show her entering a building in Tehran, and authorities have publicly concluded that she died after falling from the building’s roof.

Mohammad Shahriari, the head of criminal prosecution of Tehran province, said Shahkarami’s injuries corresponded with a fall, citing an autopsy that revealed multiple fractures in the area of the pelvis, head, upper and lower limbs, hands and feet, state-aligned Tasnim reported.

He added that “an investigation showed this incident had no connection to the protests. No bullet holes were found on the body and the marks on the body show that the person was killed by falling.”

Eight workers in the building she allegedly entered have been arrested, according to Tasnim.

But Nasrin Shahkarami rebuts those official accounts. She said her daughter’s body only had injuries to the head and the rest of the body was in good condition, in the Radio Farda video.

She also denied that the girl shown entering the building in the CCTV video is her daughter.

“No one can prove that this is Nika. A shadow was recorded on the camera, the girl is wearing a mask and it’s not clear what is being seen in these images. I don’t believe this is Nika,” Shahkarami told Etemad.

Nika Shahkarami went missing after attending a protest in Tehran, according to her mother, who has confirmed that her daughter can be seen in social media footage of a protest.

“I saw this video and the young girl in the video is Nika,” Nasrin Shahkarami told Etemad.

Nine days after her disappearance, police showed Shahkarami’s photos of her daughter’s body at Kahrizak morgue, she said, according to Radio Farda.

Though other family members been cited by state-aligned media endorsing the idea that Nika Shahkarami died from a fall, her mother alleges that those statements were “forced” by authorities.

On Wednesday, Iranian state media aired a report in which Atash Shakarami, Nika Shahkarami’s aunt, told a reporter that the girl died after falling from an apartment building, supporting the government account of the teenager’s death.

In the report by Iran state-broadcaster IRIB, Atash Shahkarami said that her niece was found in the backyard of the building after falling. The aunt said she was shown photos of where Nika fell and wanted to see where it happened.

Nika’s uncle, Mohsen Shahkarami, is also seen in the IRIB report condemning protesters and saying “we do not support any actions that harm public property.”

Nasrin Shahkarami said that Iranian security forces arrested the aunt and uncle and forced them to make a false statement, according to BBC Persian and Radio Farda.

Shahkarami told BBC Persian her brother was threatened not to speak out or his wife and 4-year-old son would be arrested.

“They put them under intense pressure to make a false confession and aired it on television. The (security forces) do whatever they can to exonerate themselves,” Shahkarami said in a video provided to Radio Farda.

The UN Human Rights Office told CNN on Thursday that it has “received reports indicating that the authorities forced Nika Shakarami’s family to give a TV interview, which was broadcast on 5 October, stating she died after falling from a building.”

“We call for an end to harassment and threats against victims’ families and those calling for accountability,” the statement from a spokesperson for the UN Human Rights Office said.

CNN has reached out to family members for comment.