Iran’s sweeping internet blackouts are a serious cause for concern 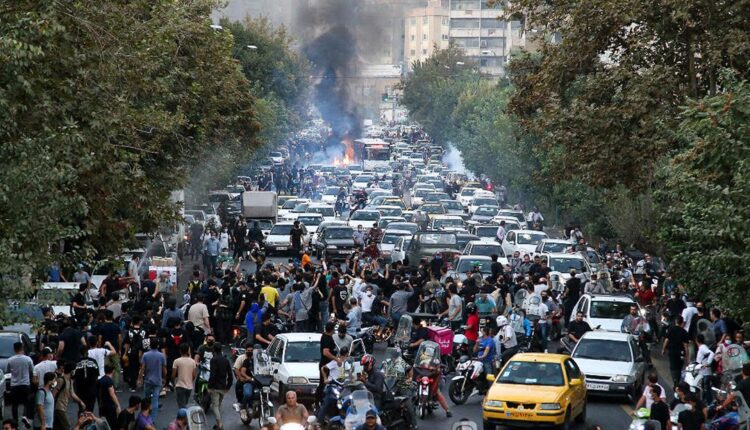 The people of Iran had taken to the streets to demonstrate after fuel prices surged as much as 300% overnight. The New York Times reported at the time that “from 180 to 450 people, and possibly more,” were killed during four days of violence, with thousands more wounded and detained, much of it while the country was plunged into digital darkness. Reuters, in December 2019, reported 1,500 people were killed during a two-week span of unrest.
Now, some worry history could repeat itself amid renewed civil unrest. Protestors have flooded the streets in recent days after Mahsa Amini, a 22-year-old woman, died while in custody of Tehran’s morality police. Iranian officials claimed she had a heart attack, but her family has said she had no preexisting heart condition. “I have no idea what they did to her,” her father, Amjad Amini, told BBC Persia. “Everything is a lie.”

Mobile networks have been largely shut down, according to internet watchdog Netblocks. And Meta has confirmed that Iranians are having trouble accessing some of its apps, including WhatsApp and Instagram. While it is not the total internet shutdown of 2019, tech experts say they are seeing a similar pattern.

“I don’t think there’s anything that would make us think that this is accidental,” said Doug Madory, the director of internet analysis at network intelligence company Kentik, Inc. “My understanding given the context is the objective was to stop people from sharing videos and communicating with the outside world.”

Alp Toker, the director of Netblocks, said “the impacts of these disruptions can’t be overstated.” Earlier this week, Netblocks said the Iranian people are now subject to “the most severe internet restrictions since the November 2019 massacre.”

The loss of internet connectivity has become a “central fear that’s etched into the minds of Iranians, particularly post-2019,” Toker said. “One of the most alarming things about the information blackout is that we don’t even have a precise death toll,” he added. “Because what happens, in terms of human rights violations, abuses of power become much more difficult to document, collate and record.”

Human rights groups say at least eight people have been killed in the demonstrations so far, and are calling on the international community — and the tech sector, especially — to do more to support the Iranian people. US Secretary of State Antony Blinken on Friday announced steps the US government was taking to clear some sanctions-related red tape and allow American tech firms to help the people of Iran access digital tools.

“(W)e are going to help make sure the Iranian people are not kept isolated and in the dark,” Blinken said. “This is a concrete step to provide meaningful support to Iranians demanding that their basic rights be respected.”

Time may be of the essence. While the current internet blackout is “not as severe as November 2019,” Madory said, there are concerns it could eventually be. “It’s still early on — it’s too early to know if this is going to be surpassed or not.”

Amir Rashidi, the director of digital rights and security at the human rights organization Miaan Group, operates a resource center to help those in Iran deal with internet shutdowns. Rashidi, a software developer who fled Iran more than a decade ago, said he and his team help provide Iranians inside the country with tech tools, risk analysis guidance and trainings so that they can stay connected with each other even when the internet is severed by the government.

He believes Iranian officials are currently following a familiar playbook. “First,” he said, “they shut down the mobile data, and this is sophisticated enough to shut down even in a particular neighborhood.” If the protests continue to grow, he said, “then they start to expand internet shut down, step by step.” Eventually, he said, “they go full shutdown and shut down everything.”

But even as it stands now, the options to get around the internet service blackouts are limited.

As Madory puts it: “If your phone has no mobile service, mobile data, you can’t will it into existence.”

Netblocks’ Toker said the methods of internet restriction and disruption are so varied that even more advanced tools to get around the blackouts are becoming more difficult to use. For those who still have fixed-line connections, “a VPN or the Tor network might be useful,” Toker added. “Although, these are also restricted by authorities, so they are far from reliable.”

“The only real option during a total disconnection is to document things offline with the hope that when you’re back online, you can timestamp them and distribute them, just as evidence of human rights violations, for example,” said Toker.

Some are now calling on the tech industry to do more to help.

Meta-owned WhatsApp, for example, has said it “will do anything within our technical capacity to keep our service up and running.” Rashidi praised Meta, for “being helpful,” but called on international tech companies and organizations to do more to reach out to the people of Iran directly, and help them keep access to their rights.
Encrypted messaging app Signal is asking for the public’s help in setting up “a proxy server that will enable people in Iran to connect to Signal” amid the blackouts.

Rashidi also criticized billionaire Elon Musk, who recently tweeted that his satellite broadband service, Starlink, would seek an exemption from sanctions to provide internet in the country. “I know what’s realistic and what is not realistic and I don’t think Elon Musk is serious,” Rashidi said.

Despite the fear gripping his homeland right now amid the protests and internet blackouts, Rashidi does see reason for hope. He feels the spirit of these protests, which are “being led by women,” are different than the unrest in the past.

“I’m seeing more people are united,” he said. “Whatever is the result of these protests, we are moving to a new chapter of Iran.”