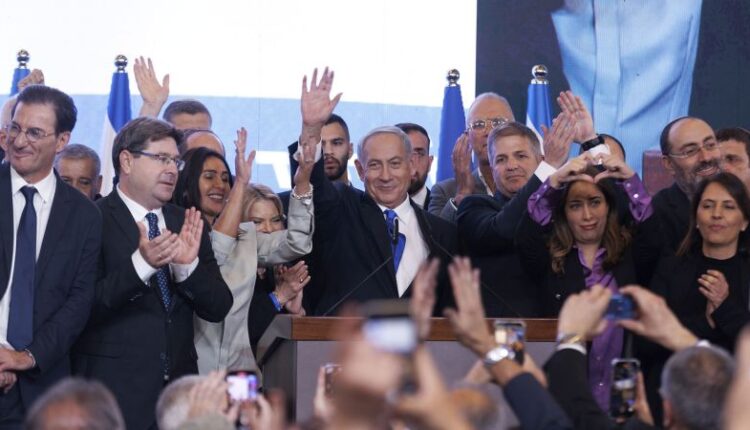 Israel’s Central Election Committee on Thursday announced the final allocation of seats for the 25th Knesset, giving Netanyahu and his likely political allies 64 seats in the legislature, enough for a governing majority.

President Isaac Herzog will begin consultations with politicians on forming a new government after results are officially certified on November 9, he said Wednesday.

A Netanyahu return to the head of government could spell fundamental shifts to Israeli society. A Netanyahu government would almost certainly include the newly ascendant Jewish nationalist Religious Zionism/Jewish Power alliance, whose leaders include Itamar Ben Gvir, once convicted for inciting racism and supporting terrorism.

When asked by CNN on Tuesday about fears he would lead a far-right government if he returns to office, Netanyahu responded with an apparent reference to the Ra’am party, which made history last year by becoming the first Arab party ever to join an Israeli government coalition.

“We don’t want a government with the Muslim Brotherhood, who support terrorism, deny the existence of Israel and are pretty hostile to the United States. That is what we are going to bring,” Netanyahu told CNN in English at his polling station in Jerusalem.

Netanyahu allies have talked about making changes to the judicial system. That could put an end to Netanyahu’s own corruption trial, where he has pleaded not guilty.

Netanyahu himself has been one of the main issues not only in Tuesday’s election but in the four that preceded it, with voters – and politicians – splitting into camps based on whether they want the man universally known as Bibi in power or not.

Part of the difficulty in building a stable government over the past four elections has been that even some political parties that agree with Netanyahu on the issues refuse to work with him for personal or political reasons of their own.

The election was marked by the highest turnout since 2015. The Central Election Committee said 71.3% of eligible voters cast their ballots, which was more than in any of the last four elections that produced stalemates or short-lived governments.

Mario + Rabbids Sparks Of Hope Gets Three Expansions Next Year