Julian Assange’s extradition to US approved by UK government 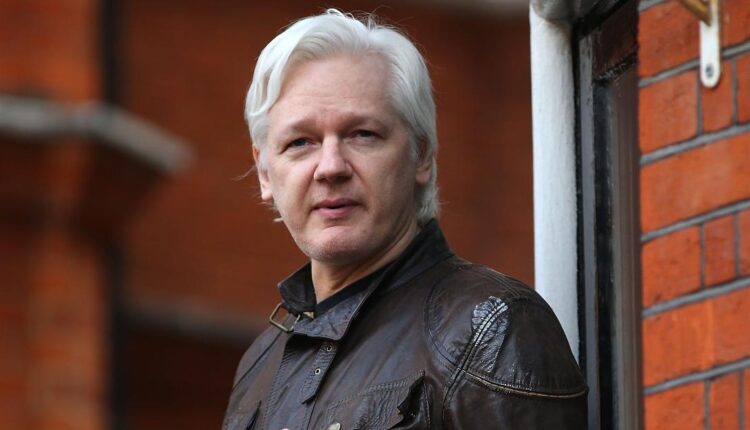 A London court issued a formal extradition order back in April, leaving Patel to rubber-stamp his transfer to the US after a years-long legal battle.

The decision will likely see months more of legal wrangling: Jennifer Robinson, Assange’s legal counsel, said Friday that an appeal would be brought, and that the case could ultimately be taken to the European Court of Human Rights in Strasbourg.

“This is not the end of the road, and we will use every appeal mechanism available to us to prevent this extradition,” she told a press conference.

In a Friday statement, Wikileaks asserted that Assange “committed no crime and is not a criminal,” adding that he is a “journalist and a publisher” who “is being punished for doing his job.”

“This is a dark day for Press freedom and British democracy. Anyone who cares about freedom of expression should be deeply ashamed,” Wikileaks added.

The Home Office stressed on Friday that the UK courts have not found that extradition of Assange would be incompatible with his human rights.

“The UK courts have not found that it would be oppressive, unjust or an abuse of process to extradite Mr Assange. Nor have they found that extradition would be incompatible with his human rights, including his right to a fair trial and to freedom of expression, and that whilst in the US he will be treated appropriately, including in relation to his health,” it said in a statement announcing the order.

Assange has the right to appeal Friday’s decision within 14 days, it added.

Assange’s wife, Stella Moris, said at Friday’s press conference that the UK “should not be engaging in persecution on behalf of a foreign power that is out for revenge… that foreign power committed crimes which Julian put into the sunlight.”

Assange is currently in the high-security Belmarsh Prison in London, where he has been held since being dragged out of the Ecuadorian embassy in London three years ago.

He is wanted in the US on 18 criminal charges after WikiLeaks published thousands of classified files and diplomatic cables in 2010. If convicted, Assange faces up to 175 years in prison.

His extradition has been the subject of numerous court dates since his arrest, which took place after Assange sought diplomatic refuge in the embassy for seven years. In January 2021, a magistrates’ court ruling found that Assange could not be extradited as it would be “oppressive,” by reason of his mental health.

But the High Court overturned that decision in December, saying Assange could be extradited on the basis of assurances given by the US government about his treatment there.

Rights groups have expressed concerns over the US’s indictment of Assange, saying it undermines freedom of the press.

“Allowing Julian Assange to be extradited to the US would put him at great risk and sends a chilling message to journalists the world over,” Agnes Callamard, Amnesty International secretary general, said in a statement Friday.

Tim Dawson, executive member of the National Union of Journalists in the UK, who spoke alongside Assange’s wife on Friday, said that the alleged offenses for which the Wikileaks founder was being pursued were “the daily business of almost any investigative journalist.”

On Friday, Australia’s Foreign Office issued a statement noting the UK decision to extradite Assange, who is an Australian citizen, adding: “We will continue to convey our expectations that Mr Assange is entitled to due process, humane and fair treatment, access to proper medical care, and access to his legal team.”

According to the statement, the Australian government maintains that the Wikileaks founder’s case “has dragged on for too long and that it should be brought to a close.”

“We will continue to express this view to the governments of the United Kingdom and United States,” it said.