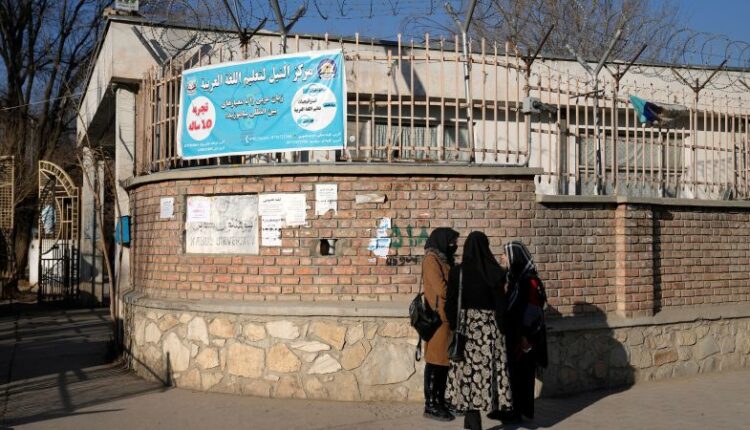 A Kabul professor tore up his diplomas live on television in Afghanistan in protest over the Taliban’s barring of women from higher education.

The man, named Ismail Mashal, is founder of the private Mashal University in Kabul and also a lecturer at Kabul University.

With tears in his eyes and his voice quivering, he ripped up the diplomas during an on-set appearance for the country’s Tolo News on Monday.

“From today, I don’t need these diplomas anymore because this country is no place for an education. If my sister and my mother can’t study, then I don’t accept this education,” he said.

He added that the diplomas were for his multiple Masters and Doctorate degrees, and that they were the originals.

The clip of his appearance has since gone viral, including being retweeted by Shabnam Nasimi, the former policy adviser to the Minister for Afghan Resettlement & Minister for Refugees, based in the UK.

“Astonishing scenes as a Kabul university professor destroys his diplomas on live TV in Afghanistan,” tweeted Nasimi, alongside the clip.

The Taliban announced on December 20 that university education for all female students had been suspended. This follows the government barring girls from attending secondary school in March of this year.

It also comes on the heels of many other limitations placed on women’s freedoms, including their access to public spaces. In November, women were banned for entering all parks in Kabul. The same month, a Taliban official in Kabul announced that women would be barred from using gyms across the country.

Women are also required to wear the hijab and dress modestly in public under the Taliban rules.

Ukrainians defiant amid one of Moscow’s biggest missile barrages