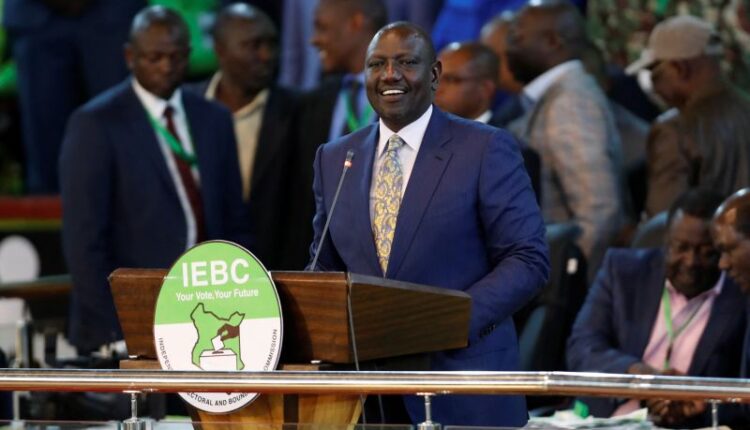 Ruto, 55, won with 50.49% of the vote against his rival Raila Odinga’s 48.85%, the Independent Electoral and Boundaries Commission (IEBC) announced in August.

The announcement of the results then descended into chaos in an otherwise peaceful election process when four members of the electoral commission rejected them, declaring the tallying “opaque.”

Odinga, 77, also later disputed the results in the Supreme Court alleging that hackers had accessed the electoral body’s website, deducted his votes and added them to Ruto’s, among other claims of irregularities.

His party, the Azimio La Umoja (Aspiration to Unite) coalition, claimed it had enough evidence in the petition to prove misconduct by the electoral commission after the August 9 election.

However, the Supreme Court unanimously rejected his claims and upheld the results announced by the IEBC.

Chief Justice Martha Koome, delivering the ruling Monday, said the court found no evidence of tampering of results via hacking and that the “IEBC carried out the verification, tallying, and declaration of results in accordance with the provided constitutional law.”

Reacting to the decision, Kenya’s new President-elect Williams Ruto posted a Bible verse on Twitter, “With men it is impossible, but not with God: for with God all things are possible.” — Mark 10:27.”

While Odinga posted on the platform that he “vehemently disagreed” with the decision and linked to a longer statement.
“We have always stood for the the rule of law and the constitution In this regard, we respect the opinion of the court although we vehemently disagree with their decision today.

We have always stood for the the rule of law and the constitution.

In this regard, we respect the opinion of the court although we vehemently disagree with their decision today. pic.twitter.com/WfOQrtsnpe

Security was tight ahead of the announcement and Kenya’s security forces remain on high alert in areas of the country where violence could break out.

Odinga’s legal team had asked the court to either declare him winner or order a re-election.

This is Odinga’s fifth time running and his third time challenging his loss in presidential elections through the Supreme Court, having filed a case after the last two elections in 2013 and 2017.

In 2017, the Supreme Court made history when it ordered a re-election, which was boycotted by Odinga who again lost to incumbent President Uhuru Kenyatta.