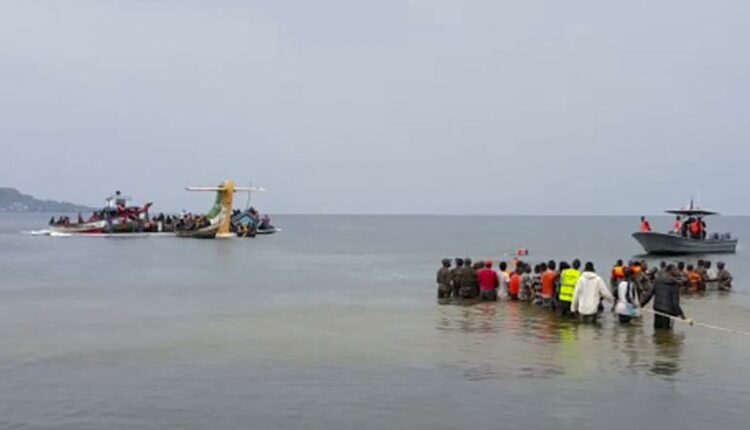 At least 19 people were killed on Sunday after a commercial flight operated by Precision Air crash landed in Lake Victoria in Tanzania.

The country’s Prime Minister, Kassim Majaliwa, said officials believe all bodies have been recovered from the airplane.

“We’re starting to pull out the luggage and personal items from the aircraft. A team of doctors and security agencies have started the process of identifying the dead and notifying the families,” Majaliwa said.

Earlier, the airline said that 26 of the 43 people on board had been rescued.

According to the Prime Minister, it is currently unclear whether two of the deceased were local residents assisting with the rescue operations or airline staff excluded from the flight manifest.

“We will investigate where did the other two come from,” he said.

The flight, including 39 passengers and four crew members, had taken off from Tanzania’s commercial capital of Dar es Salaam and was headed to the city of Bukoba before it plunged into Lake Victoria as it was approaching the airport.

Video circulating on social media taken by onlookers on the shores of Lake Victoria showed the aircraft submerged in the water with emergency responders coordinating rescue efforts from nearby boats.

“We’re trying to pull out the aircraft from the water. We’re trying to check if the wheels hit the ground under water or figure out some other way to push it out of the lake. At this time, there is still communication from the cockpit. The pilots are still in contact with us,” Chalamila said.

Speaking from the scene, Kagera provincial police commander William Mwampaghale said “everything is currently under control.”

“Rescue operations are underway, we have so far rescued several people and eventually we will make sure we have rescued everyone and removed the airplane out of the water,” he said. “Those who have been rescued have been taken to our referral hospital.”

Tanzania’s President took to social media to call for calm while rescuers worked at the site of a downed plane.

“I have received with sadness the information of the crash of the Precision Air flight at Lake Victoria, in the Kagera region,” President Samia Suluhu Hassan wrote on Twitter Sunday.

“I send my condolences to all those affected by this incident. Let’s continue to be calm as the rescue operation continues and we pray to God to help us.”

Precision Air is a Tanzanian airline based out of Dar es Salaam.