Lebanese banks to shut indefinitely after flurry of holdups 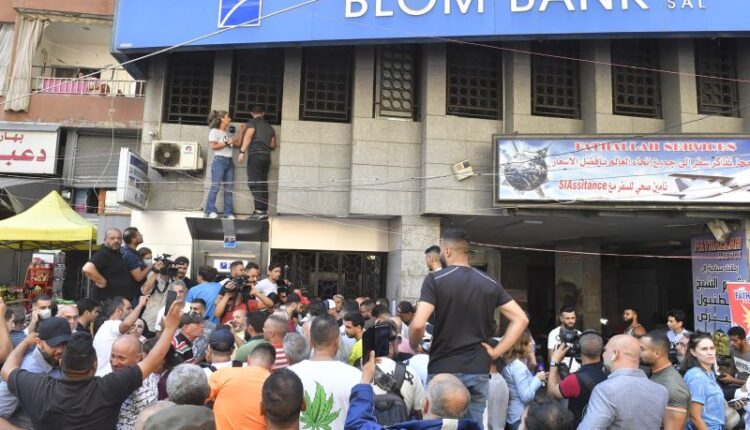 Lebanon’s banks are to remain closed indefinitely due to ongoing “risks” to employees and customers, the Association of Lebanese banks announced Wednesday.

The shutdowns follow a series of holdups across the country over the past month, with at least five separate banks held up by depositors last Friday alone in attempt to retrieve savings frozen in the banking system.

Millions of Lebanese citizens have been locked out of their accounts after the country plunged into financial crisis in October 2019. With local currency since losing 90% of its value, more than three quarters of the population have been pushed into poverty and most are unable to pay for basic items.

In August, an armed man stormed a bank in the capital city of Beirut and threatened to kill hostages and himself if the bank did not allow him to withdraw money from his frozen account. Claiming he needed the funds to pay for his father’s medical expenses, Bassam Sheikh Hussein surrendered to police after the bank gave him some of his savings.

Having been cheered on by groups outside the bank, Hussein was hailed as a national hero by many on social media. One anonymous security source speculated to CNN that Hussein’s methods could be replicated by others.

Last Wednesday, a woman took $20,000 from her account after storming a bank armed with what she later claimed was a toy gun in order to fund her sister’s cancer treatment, according to state news.

Later the same day, an armed man entered a bank in the mountain city of Aley and retrieved some of his trapped savings before handing himself in to authorities.

The five banks held up Friday included one incident in the southern city of Ghazieh, where an armed man – having poured gasoline on the floor of the bank – threatened to burn the building down if not given access to his money, state news agency NNA reported.

He retrieved $19,200 and passed the money onto to someone waiting for him outside the branch, before handing himself into authorities, NNA said.