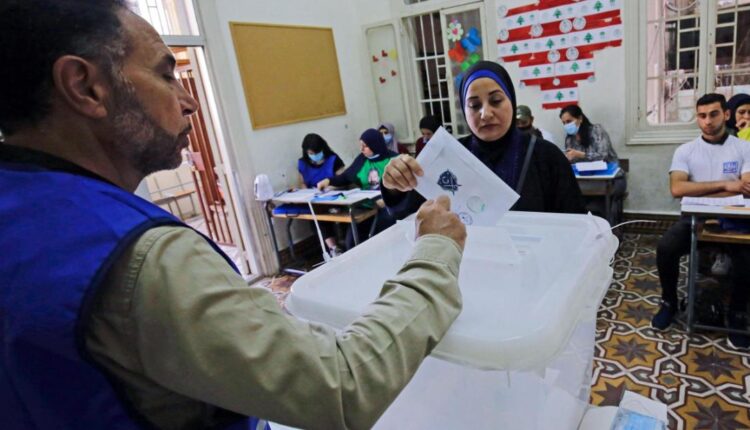 Reformist political groups that sprung out of the nationwide demonstrations have won around 10% of the country’s parliamentary seats, according to a CNN tally, in a sign of growing discontent with a ruling elite widely blamed for the country’s economic collapse. Reformist parties won only one seat in the previous election cycle in 2018.

Critics of Hezbollah, which has held a coalition majority in parliament for the last four years, blamed the group and its political allies for the country’s economic collapse. Hezbollah has repeatedly denied responsibility, pointing to widespread allegations of corruption among its political rivals.

In the country’s third electoral southern district, where Hezbollah and its allies have steadily consolidated their political power since they first participated in elections in 1992, a reformist candidate unseated a pro-Assad Hezbollah ally.

Hezbollah’s electoral alliances previously enjoyed nearly uncontested support in southern Lebanon, where the group led an armed resistance campaign that drove out a 22-year Israeli occupation in 2000 and is credited with developing much of the infrastructure in rural areas.

“Lebanese voters have voted tactically to pierce Hezbollah’s popular strongholds, weaken its main Christian ally and eliminate some of Syria’s infamous protégés,” elections and governance expert Maroun Sfeir told CNN. “This vote has also led to the emergence of an independent political bloc that could impact the dynamics in a severely fragmented parliament.”

But the Tehran-backed Shia group made up for some of those losses by making gains among Sunni constituencies who typically vote for candidates backed former prime minister and Sunni leader Saad Hariri, who quit politics earlier this year.

Hariri’s dramatic exit from Lebanon’s political scene left the strategic Sunni vote up for grabs. Most of the new reformist MPs — who are largely socially progressive — were voted in by Sunni-majority areas. Outside of the capital Beirut, Sunni voters largely shunned the vote, with many voicing disgruntlement with a political elite plagued by allegations of corruption and mismanagement.

The United Nations and the World Bank blame Lebanon’s ruling elite for the country’s economic collapse, considered to be one of the world’s worst since the mid 19th century.

Since October 2019, the majority of Lebanon’s population has fallen into poverty, inflation has risen to over 200% and deposits have largely vaporized amidst a devastating banking crisis. A huge blast at Beirut’s port killed over 200 people in an incident blamed on inappropriately stored explosive ammonium nitrate that successive governments were repeatedly warned about.

That economic crisis appears to have galvanized the vote for reformists who had previously struggled to make inroads in political leadership. But the financial dire straits also prompted large numbers of would-be voters to steer clear of the polls, with many saying they have lost faith Lebanon’s political system.

The election was also riddled with allegations of voter fraud. The country’s main election observers — The Lebanese Association for Democratic Elections (LADE) — said they documented 3,600 violations.

As a new parliament is set to be sworn in, Lebanese citizens openly question whether new politicians can alleviate the country’s many economic and political woes. Later this year, the tenure of the country’s President Michel Aoun — a Hezbollah ally — will end, which could thrust the country into further political uncertainty. Negotiations over the formation of the country’s next government may also be rife with political turbulence that could exacerbate the economic crisis.

“These changes are signaling the beginning of a new political phase,” said Sfeir. “(It’s) one that could either put back Lebanon on the right path of reform or further escalate its collapse due to political deadlocks and potential violence.”