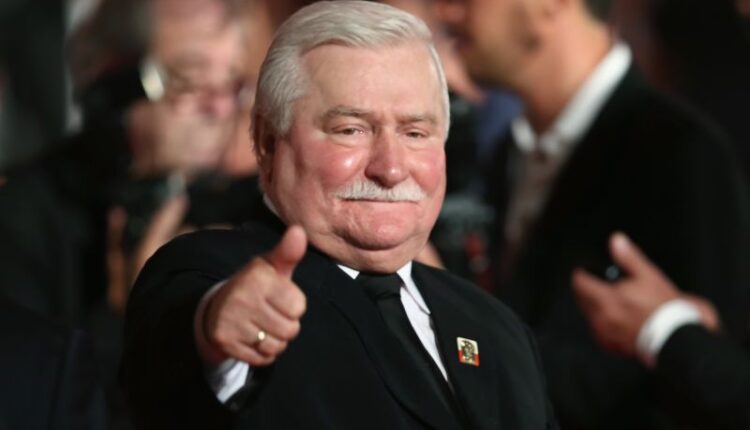 Here’s a look at the life of Lech Walesa, former president of Poland.

His father was imprisoned in a Nazi concentration camp.

Sent his wife to accept his Nobel Prize, as he feared he would not be allowed to return to Poland.

1967 – Begins working as an electrician at the Lenin shipyard in Gdansk.

1970 – During strikes protesting the rise of food prices, 45 shipyard workers are killed. Walesa is one of the leaders of the strike.

1976 – Is fired for his political activities.

1978 – Works with other activists to form free trade unions.

August 1980 – Leads a strike in the Gdansk shipyard, which spreads across the country. The workers win the right to organize their own union.

December 1981 – Walesa is arrested. Martial law is imposed across the country.

October 1982 – The Polish parliament passes an act dissolving all unions, including Solidarity.

November 1989 – Addresses a joint session of the US Congress.

December 1990 – Is elected president of Poland.

1991 – Walesa’s autobiography, “The Struggle and The Triumph,” is published.

November 1995 – Is defeated in the presidential election.

2000 – Is again defeated in the presidential election.

August 2006 – Announces he has quit Solidarity as he opposes the union’s support of Poland’s current leadership.

February 2008 – Is implanted with a pacemaker at a hospital in Houston.

2009 – Sues Polish President Lech Kaczynski for libel, because of Kaczynski’s comments that Walesa was a spy in the 1970s. Kaczynski is killed in a plane crash in April 2010.

March 2013 – Tells a television reporter that as a minority, gay people have no right to prominent positions in politics, and should sit toward the rear of parliament or even “behind a wall.” He later refuses to apologize.

July 8, 2017 – Is hospitalized with heart problems in Gdansk.