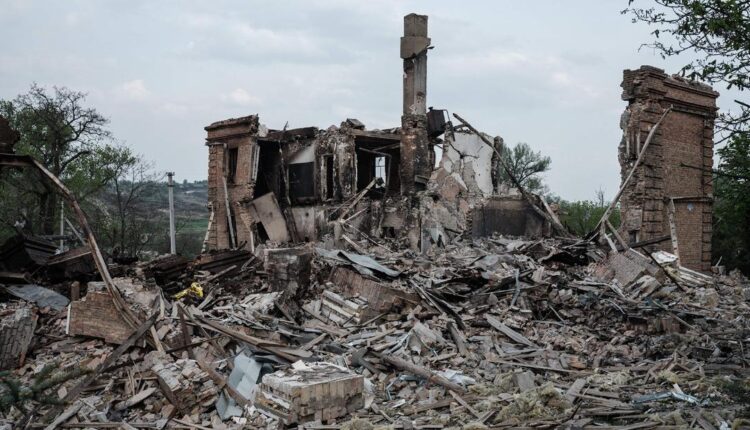 
A 20-year veteran of Russia’s diplomatic service announced his resignation Monday in protest of his country’s war on Ukraine, multiple media outlets reported.

In a rare public protest by a Russian official, Boris Bondarev, a diplomat posted to Russia’s mission to the United Nations in Geneva, posted a statement on a LinkedIn account condemning Russia’s invasion of Ukraine and criticizing the Russian Ministry of Foreign Affairs for complicity in what he described as an an “aggressive war” — language that is proscribed in Russia under wartime censorship laws.

“For twenty years of my diplomatic career I have seen different turns of our foreign policy, but never have I been so ashamed of my country as on February 24 of this year,” Bondarev wrote, referring to Russian President Vladimir Putin’s decision to invade Ukraine. “The aggressive war unleashed by Putin against Ukraine, and in fact against the entire Western world, is not only a crime against the Ukrainian people, but also, perhaps, the most serious crime against the people of Russia, with a bold letter Z crossing out all hopes and prospects for a prosperous free society in our country.”

The respected Russian business newspaper Kommersant reached out to Bondarev, who confirmed the authenticity of the post. The New York Times confirmed the receipt of a resignation sent by email to diplomats in Geneva.

The Russian mission to the UN in Geneva declined to comment on the matter to CNN, and Bondarev did not respond to messages sent to the LinkedIn account.

The post on LinkedIn lambasted Russia’s leadership for corruption, saying, “Those who conceived this war want only one thing – to remain in power forever, live in pompous tasteless palaces, sail on yachts comparable in tonnage and cost to the entire Russian Navy, enjoying unlimited power and complete impunity. To achieve that they are willing to sacrifice as many lives as it takes. Thousands of Russians and Ukrainians have already died just for this.”

It also singled out the Russian Ministry of Foreign Affairs for harsh criticism.

“I regret to admit that over all these twenty years the level of lies and unprofessionalism in the work of the Foreign Ministry has been increasing all the time. However, in most recent years, this has become simply catastrophic. Instead of unbiased information, impartial analysis and sober forecasting, there are propaganda clichés in the spirit of Soviet newspapers of the 1930s,” the post read.

“Today, the Ministry of Foreign Affairs is not about diplomacy. It is all about warmongering, lies and hatred. It serves interests of few, the very few people thus contributing to further isolation and degradation of my country. Russia no longer has allies, and there is no one to blame but its reckless and ill-conceived policy,” the post continued.

The LinkedIn profile describes Bondarev as a veteran of Russian diplomatic service, with expertise in arms control and nonproliferation. The picture on the profile now has the hashtag #opentowork.