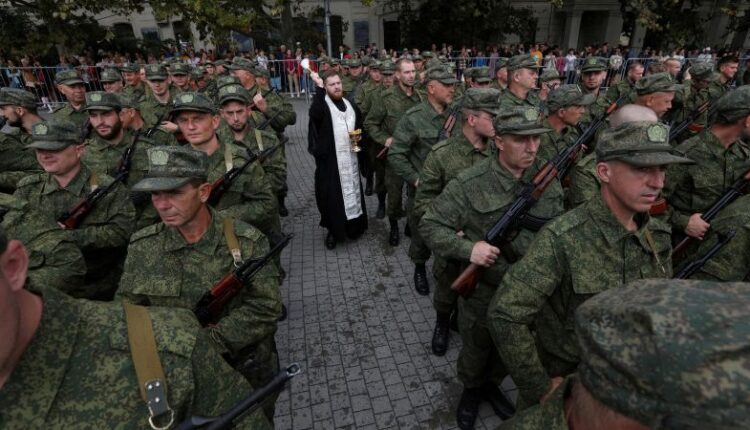 The Pentagon is working to form a new command to coordinate arming and training Ukraine, according to two US officials, in an effort to streamline what was a largely ad hoc process rapidly created in the wake of Russia’s invasion.

The new command, to be based at Weisbaden in Germany, will fall under Gen. Christopher Cavoli, the commander of US European Command, which has led the multinational effort to train Ukrainian military forces on advanced Western weapons and deliver those weapons to the border with Ukraine, one official said. It is expected to be led by a 3-star general.

But the US has been careful in how it discusses the plan, which the officials emphasized is not a major change to the current system of organizing and administering shipments. Officials are careful not to give Putin a reason to claim the US is party to the conflict, especially given the elevated rhetoric coming from the Kremlin about the threat of nuclear weapons usage.

The New York Times was first to report about the new command.

The Biden administration has openly signaled its ongoing and long-term support for Ukraine. Since the beginning of Russia’s invasion in late-February, the US has committed more than $16 billion in security assistance to Ukraine. This week, the Pentagon announced another $1.1 billion in additional military aid to Ukraine, which a senior defense official called a “multiyear investment” in the country’s defenses.

Since the first weeks of the war, the US has looked for ways to quickly and effectively translate Ukrainian requests for different types of equipment into shipments of weapons, turning a process that normally takes weeks or more into a matter of days.

As Ukrainian forces proved they could stand up to the Russian invasion, and as Russian President Vladimir Putin’s hopes for a quick victory turned into a bruising war, the number of countries willing to provide security assistance to Ukraine grew.

The US and its allies and partners established the Ukraine Contact Group, consisting of more than 40 countries meeting monthly, to coordinate shipments of weapons and equipment into Ukraine.

The new command will create a more formal structure within the military to manage the shipments, officials said. Its anticipated location in central Germany also places it close to many of the areas used by Western countries to train Ukrainian forces.

The command would also work closely with the International Donor Coordination Center, which has played a critical role in handling the logistics necessary to match the need for Ukrainian weapons with the available stocks of potential donor countries.