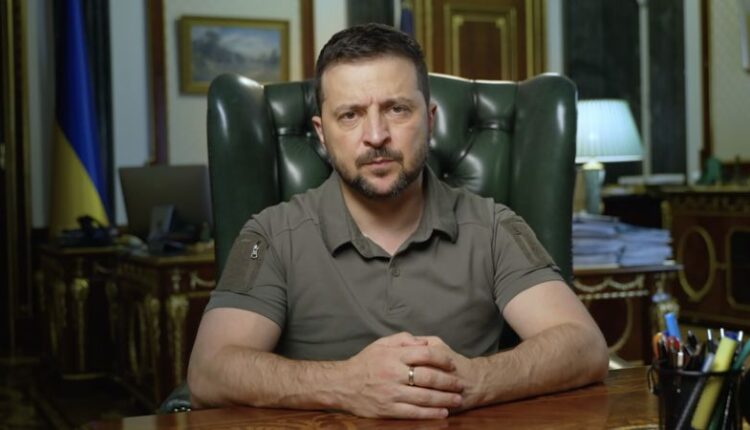 PREVIEWZaporizhzhia Nuclear Power Plant outside the Russian-controlled city of Enerhodar in the Zaporizhzhia region, Ukraine, on August 30.

The Russian-occupied Zaporizhzhia nuclear power plant has lost off-site power for the second time in five days and had to switch to generators, said Rafael Grossi, director general of the International Atomic Energy Agency (IAEA), in a tweet.

Grossi described it as “a deeply worrying development.”

“Our team at #Zaporizhzhya Nuclear Power Plant informed me this morning that the plant has lost all of its external power for the 2nd time in five days,” he said.

“Its back-up diesel generators are now providing electricity for its nuclear safety and security functions. This repeated loss of #ZNPP’s off-site power is a deeply worrying development and it underlines the urgent need for a nuclear safety & security protection zone around the site.”

Ukraine’s state nuclear energy company Energoatom confirmed in a statement on Telegram that the plant was down to generator power, which it blamed on a rocket attack on a nearby substation. Energoatom accused the Russian forces occupying the facility of refusing to allow it to refuel the generators.

“This morning, October 12 at 08:59, the “Dniprovska” substation in the Dnipropetrovsk region was damaged as a result of rocket attack by Russian troops,” the company said.

“As a result, the 750-kV communication line of ZNPP – Dniprovska – was accidentally disconnected. As a result, the Zaporizhzhia NPP was completely de-energized,” it added.

“Diesel generators turned on automatically. Energoatom prepared and sent another batch of diesel fuel to the ZNPP. However, as of 10:00 a.m., the Russian side does not allow the company’s convoy of vehicles to pass.”

On Tuesday, Grossi met with Russian President Vladimir Putin to argue for a “protection zone” around the plant.

“We can’t afford to lose any more time. The stakes are high,” he said. “We must do everything in our power to help ensure that a nuclear accident does not happen during this tragic conflict, as it could cause even more hardship and suffering in Ukraine and beyond.”