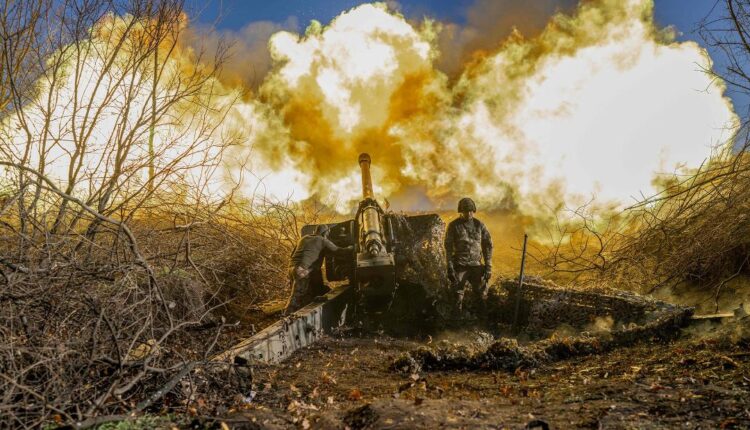 
One of the most senior Russian-appointed officials in occupied Ukrainian territory has been killed, according to the Russian-installed leader of the Kherson region, Vladimir Saldo, and reported in Russian state news agencies.

“It is very hard for me to say that Kirill Stremousov died today. He died on the territory of the Kherson region, moving in a car that got into an accident,” Saldo said in a statement on Telegram.

Saldo called Stremousov, the Russian-appointed deputy head of the region, “one of the brightest, able to speak and present to people the truth about what is happening in the Kherson region.”

Stremousov died in a road accident, the press secretary of the head of the region said, according to Russian news agency TASS.

Russian state media company Vesti (VGTRK) said that, according to the Minister of Health of the Kherson Region Vadim Ilmiev, Stremousov was killed in an accident on the highway between Kherson and Armyansk in Crimea.

Valeria Petrusevich, head of the nonprofit organization Good Peace-Crimean Volunteers, also wrote on her Telegram channel that “Kirill Stremousov, deputy governor of the Kherson region, died. The information is accurate, I know personally. It was an accident. Details later.”

Stremousov, a Ukrainian who was quick to side with the Russian occupation when Kherson fell early in the invasion, had become one of the most vocal and outspoken of Russian appointees.

As deputy head of the Kherson region military administration, Stremousov was prominent in organizing and supporting the referendum on Kherson’s declared annexation by Russia and more recently had been the driving force in the evacuation of civilians from the west bank in Kherson, as Ukrainian forces pushed toward the Dnipro River.

On Tuesday, Stremousov said: “Most residents who decided to stay in Kherson are only now beginning to realize the gravity of the situation and my warnings.”

Stremousov frequently wrote on Telegram to describe Ukrainian officials and forces as “Nazis” and “fascists.” But he was also critical of missteps by the Russian military. He had blamed the military setbacks in Kherson on “incompetent commanders” who had not been held accountable for their mistakes.

Sevastopol Gov. Mikhail Razvozhaev said that Stremousov “was a true patriot of Russia, brave and courageous, in any situation he remained in touch and considered it his duty to inform the residents of the Kherson region about what was happening. This was the case this morning as well. This is an irreparable loss.”

Earlier Wednesday, Stremousov had published a video on the situation on the front lines, particularly on the fighting around Snihurivska north of Kherson city, where there are reports that Ukrainian forces have broken through Russian defenses.

Stremousov was 45 years old, according to Vesti.