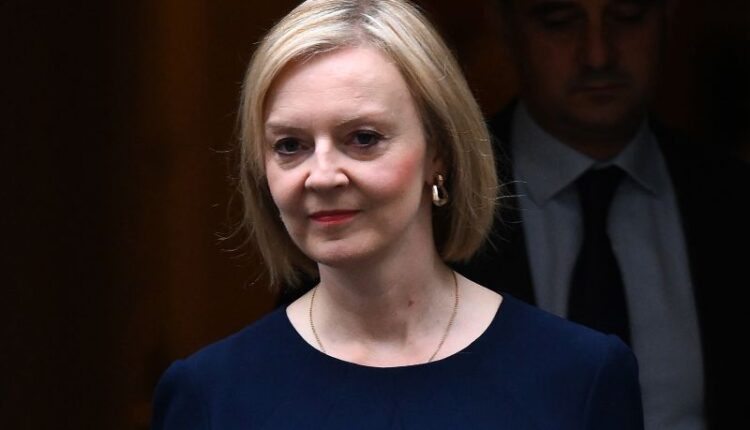 Liz Truss’s first few weeks as British prime minister have been defined by crisis. She’d barely been in the job 48 hours when news broke that Queen Elizabeth II had died, placing the country in a state of official mourning and delaying the official launch of the Truss plan for Britain.

Once that official mourning period was over last Monday, her government unleashed a wave of radical policies, climaxing on Friday with the announcement of £45 billion ($48 billion) in tax cuts. The measures included scrapping the top rate paid by the highest earners, in adjustments that will benefit the rich far more than millions of people on lower incomes.

The logic, according to Truss’s government, is that cutting personal and corporate tax will trigger an investment boom and kick-start the British economy.

In an interview with CNN’s Jake Tapper last week, Truss defended her economic plans saying that her government was “incentivizing businesses to invest and we’re also helping ordinary people with their taxes.”

But Truss’s plans have seemingly backfired almost immediately. The pound fell to its lowest level in nearly four decades on Monday, at one point reaching near parity with the dollar. It seems very likely that the Bank of England will hike interest rates, which will make repayments harder for those fortunate enough to have mortgages, while those seeking to get mortgages are already seeing products removed by banks.

On Wednesday, the Bank of England announced it would buy UK government bonds in an attempt to “restore orderly market conditions” and to prevent “dysfunction” following the cuts, and subsequent plunge in the pound.

The chaos couldn’t have come at a better time for the official opposition Labour Party, which held its annual conference in Liverpool this week.

Going into the conference, Labour was enjoying poll leads it hasn’t seen since the days of the last Labour prime minister to win a general election, Tony Blair.

The Labour Party has suffered badly since losing power in 2010. Its past two leaders have struggled with their personal credibility on a range of issues, from economics to security.

The party’s last leader, Jeremy Corbyn, came from the far left of the party. He had in the past associated with known extremists, opposed NATO, shared platforms with antisemites and generally existed on the fringes of politics for decades.

When his successor, Keir Starmer, took over in 2020, received wisdom was that his job was to remove Corbyn’s influence from the party and then hand it over to a new leader, probably closer to 2030 than the next scheduled general election in 2024.

This week in Liverpool, however, Starmer’s Labour looked legitimately like a government-in-waiting. It is nothing short of remarkable given that not even a year ago, Boris Johnson looked like the undisputed champion of British politics.

But after scandals sank his premiership and Conservatives’ approval ratings, the unassuming Starmer, a softly-spoken lawyer with a smart haircut and unremarkable suits, really does look as though he could be the next prime minister of the UK.

In the two years of his leadership, Starmer has managed to silence many of the elements of his party that Corbyn attracted. It has gone from being a home for far-left radicals to a party whose conference this week attracted corporate lobbyists who were only too happy to bankroll events and brush shoulders with the potential next government.

And after years of accusations while Corbyn was in charge that Labour was somehow anti-British, conference this year began with delegates singing the national anthem.

Those around Starmer are tempering their optimism. The Labour Party has smelled power before, only to be disappointed when the next general election came around. The UK, particularly England, is a traditionally Conservative-voting country. Previous Labour governments won power largely due to Scottish support.

That has all but drained away since the independence referendum of 2014, in which Scotland voted to stay in the UK by a margin of 55% to 45%. That left nearly half of Scots disgruntled and throwing their support behind the pro-independence Scottish National Party.

The Labour Party also has form for making unforced errors. While this year’s conference went largely without a hitch, one near-crisis had to be dealt with.

On Tuesday, a video emerged of a Labour MP calling the Conservative finance minister, Chancellor Kwasi Kwarteng, “superficially” Black. The MP, Rupa Huq, had her party whip removed almost immediately, meaning she is expelled from the party and now sits as an independent. Huq later tweeted that she had apologized to Kwarteng for comments she described as “ill judged.”

And Labour Party members know very well that the Conservative Party plays the game of politics better than most. The term “natural party of government” might seem odd, given the chaos taking place around Truss at the moment, but Conservatives like winning at almost any cost.

None of this is providing Conservative MPs with much comfort, however.

“Every single problem we have now is self-inflicted. We look like reckless gamblers who only care about the people who can afford to lose the gamble,” one former Conservative minister told CNN on Wednesday morning.

Taking aim at the team around Truss, which is largely comprised of libertarian Conservatives, the former minister said: “We’ve made the mistake of thinking that things which go down well in free-market think tanks go down well with the free market.”

For all that things don’t look great for Truss, there is a fear in Labour circles that the current polling is a reflection of disapproval of the Conservatives rather than enthusiasm for Labour. Many still question whether Starmer truly has the strength of personality to win over sufficient voters to comprehensively defeat the Conservatives at the next election.

That caution could be born of a reluctance to get ahead of themselves. And their doubts over Starmer could be the same reason that some Conservatives are quietly optimistic that Truss has more personal substance than her Labour rival and could simply overpower him in the future.

What’s undeniable is that the expectations in British politics have shifted this week. For the first time in years, the next election is undeniably Labour’s to lose.