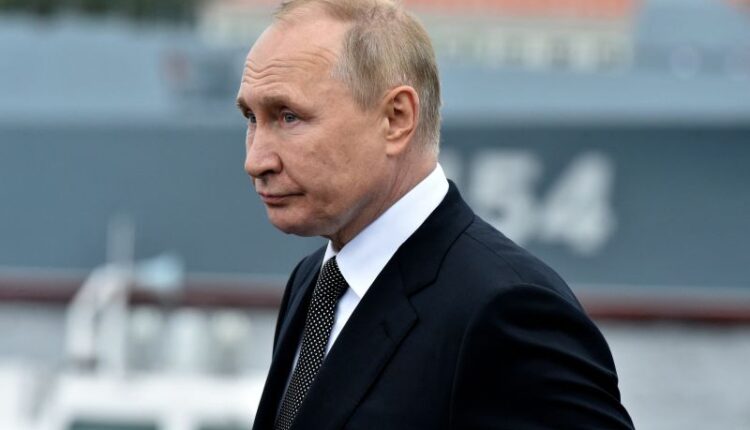 Russia’s military failures in its war with Ukraine are stirring new opposition to President Vladimir Putin, according to two local politicians who are taking a stand against him.

The lack of a quick victory, the inability to take Kyiv and now the successful counter-offensives by Ukraine while Russia has lost so many troops and so much equipment has generated anger and discontent that Putin’s opponents are trying to harness.

“There is a point where both liberal groups of people and pro-war groups of people can have the same goal. The goal can be for Putin to resign,” said Dmitry Palyuga, a local politician in St Petersburg, Putin’s hometown, who called for the president to be impeached.

While liberals like him had opposed the invasion of Ukraine on humanitarian and legal grounds, Palyuga told CNN he now saw an opening to get more support.

“We wanted to target some people who supported Putin before and now they feel betrayed,” he said.

Criticizing the Kremlin can be a tough ask in Putin’s Russia.

His most vocal critic, opposition leader Alexey Navalny, was first poisoned and then imprisoned. Another political opponent, Boris Nemtsov, was shot in the back by hitmen who have not revealed who sent them. Writer and politician Vladimir Kara-Murza sits in prison after speaking against the Ukraine invasion, a victim of the Kremlin further tightening its grip on free speech after the launch of what Russia calls a “special military operation” and not a war.

Palyuga said Putin’s newest critics are being very careful to stay within the letter of the law.

Ksenia Thorstrom, a municipal deputy or local councilor also in St. Petersburg, bought into that approach.

“One of the things that [a] municipal deputy can do is making this public statement,” she told CNN. “We don’t really have authority or power to do anything – even on a local level, we are very much opposed by the “Yedinaya Rossiya” [Putin’s United Russia party]. Even simple initiatives like bicycle lanes, for example, they are opposing us.

“None of my initiatives has ever been accepted. But I can do the public statements and that’s what I did.”

Thorstrom circulated her own version of Palyuga’s petition to fellow lawmakers and now has dozens of signatures, she said.

The problems were not just in Ukraine with the military, she said, but also having an impact inside Russia.

“Russians have become poor, they are not welcome anywhere. Then there’s less of facilities, supplies,” she said.

“Now people would get just more poor and more unhappy. And I don’t know what the future can be for the country which is isolated.”

Thorstrom knows from personal experience that Putin still has a great deal of support. She said her own mother believes Kremlin propaganda and is living in “some parallel reality where Putin is making Russia great again.”

“She believes in Nazis in Ukraine,” she said of her mother. “She believes that [the] West wants harm to Russia because [the] West needs Russian resources, [that the] West doesn’t want Russia to be strong.”

Thorstrom said she felt Putin was irrational but still hoped that he might agree or be persuaded to leave power.

She said she was happy to take a public role against Putin staying in power partly because she had already left Russia. Thorstrom is currently safe in Finland, which along with Sweden completed talks to join NATO after the Ukraine invasion.

Palyuga has not left Russia and he acknowledges he faces some risk for speaking out. He has already been charged with discrediting authorities under a law passed in March, but the court decision to fine him only about $700 actually made him feel better.

“Maybe we are just very, very small politicians in the scope of Russia. So maybe that’s why we are not that concerned of being poisoned or something like that,” he said.

Still, the lack of a serious reaction to even low-level public servants’ denouncements is unusual, though the Kremlin has warned that the line between acceptable debate and illegal criticism is “very thin.”

While Palyuga has zero expectation that national politicians inside the Duma, Russia’s Putin-controlled parliament, will take up his cause, he already claims some success.

“We wanted to show people that they are not alone, that there are other people and even councillors who are against this military operation and against Putin and we want to unite people and to give them some hope,” he said.

Since he first called on the parliament to impeach Putin, Palyuga said he had received many messages of support with people pledging money to pay fines and even offering to hide him if necessary.

But what he hasn’t got was the expected torrent of hate.

“I received only two messages where people accused me of some bad things,” he said, even though his news of his action has become widespread.

“Two messages is a very small amount of hate and I have a lot of support. I actually didn’t expect that it will happen like that.”