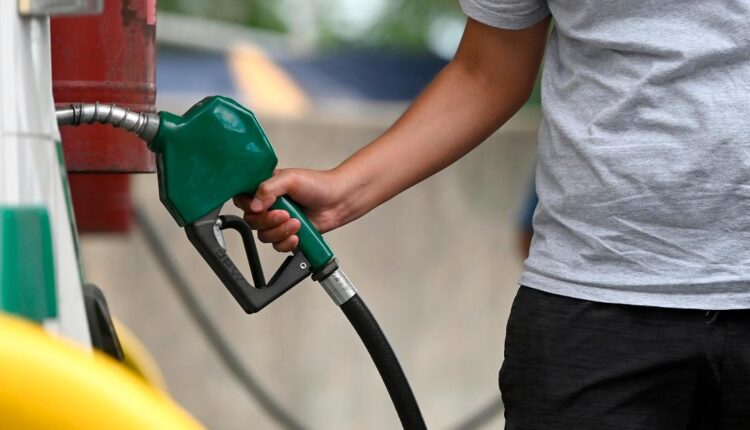 The Conference Board’s monthly snapshot of consumer attitudes improved, rising to 103.2 from July’s downwardly revised 95.3. The August number matches the level it reached in May and marks the first time since then that the headline index broke 100, the historical baseline metric.

“In the first half of the year, there were shocks to consumers from gas prices, the stock market and mortgage rates,” said Bill Adams, chief economist at Comerica Bank. “Consumers look very reassured that the direction has stopped getting worse.”

The survey found that Americans are less pessimistic in both their current and future economic outlooks. The present situation index, which measures how people perceive current business and labor market conditions, jumped to 145.4 from 139.7 last month.

The expectations index rose to 75.1 from 65.6, reflecting a reversal from pessimism in consumers’ short-term outlook, which had hit a nine-year low in July.

Ian Shepherdson, chief economist at Pantheon Macroeconomics, attributed the improvement to the fall in gas prices, which have slumped by more than a dollar a gallon from their mid-June peak to a current nationwide average of less than $4.

“Expectations are more sensitive to movements in gas prices,” Shepherdson said in a research note, adding that the continued slide in gas prices could be a tailwind for the survey results. “We expect a further increase in September as the lagged effect of the drop in gas prices kicks in.“

This suggests that Americans’ perceptions have a key role to play in the trajectory of the economy going forward.

Lynn Franco, senior director of economic indicators at the Conference Board noted that, although improved, the low reading on the expectations index suggested that the threat of a downturn continues to weigh on the economy.

The big risk is that what the gas pump giveth, the gas pump taketh away, as Patrick DeHaan, head of petroleum analysis at GasBuddy, told CNN Business in an opinion column published Tuesday.

“Even though gas prices have come down in recent weeks, there is still a chance that the bumpy ride could get worse” if a Gulf Coast hurricane or further energy brinkmanship from Russia delivers an energy shock, he said.

Subsequent higher prices would present a challenge for consumers, said Sam Stovall, chief investment strategist at CFRA Research. “It could increase the likelihood and then potential severity of a recession, depending on how high gasoline prices go, and for how long.”

As this spring and early summer made clear, pain at the pump is a double-whammy for the economy: People have less money to spend, and fear of job loss or higher prices in the future make them reluctant to spend the money they do have on discretionary purchases.

“It is a real drain on disposable income [and] it ends up acting as a depressant on consumer confidence,” Stovall said. “There is a definite erosion factor.”