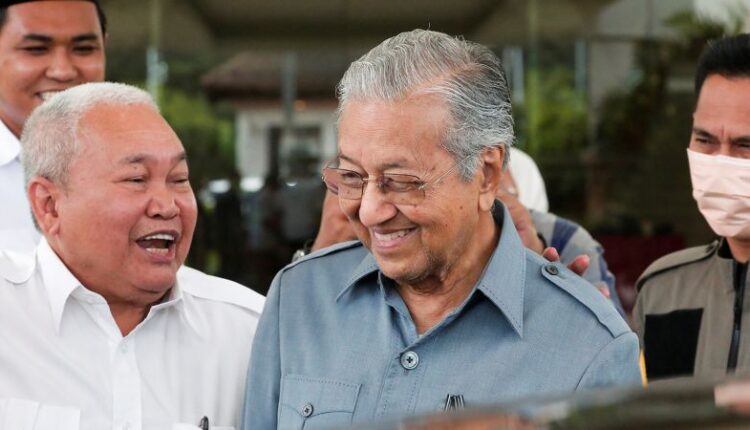 Malaysia’s 97-year-old former leader Mahathir Mohamad is to run for parliament in the country’s looming general election, but is remaining tight-lipped on whether he could be prime minister for a third time.

Mahathir, who was hospitalized earlier this year with a heart condition, said Tuesday he will defend his seat representing Langkawi, a popular tourist destination.

But he said the alliance he represents – the Gerakan Tanah Air (GTA) or Homeland Movement – has not decided who would be prime minister should it win the election, expected in November.

Mahathir, who was discharged from hospital last month after falling ill with Covid-19, has been prime minister of Malaysia twice before, his first stint running for 22 years until 2003. He came out of retirement in 2018 to lead his then coalition – the Pakatan Harapan or Hope Alliance – to a shock election win and returned to power aged 92.

That victory saw Mahathir’s former protege Najib Razak pushed out of office and ended six decades of rule by the United Malays National Organization party or UMNO. Mahathir said he had been moved to act after Najib became embroiled in the multibillion-dollar financial scandal surrounding the state investment fund 1Malaysia Development Berhad (1MDB).

Najib has since been jailed for 12 years on money laundering, abuse of power and other charges relating to the scandal but remains a political force amid speculation he could receive a royal pardon.

Mahathir warned Tuesday that Najib could be freed if UMNO wins the election.

Malaysia’s current Prime Minister is Ismail Sabri Yaakob of the ruling UMNO party. He dissolved parliament on Monday, paving the way for the election but a date has yet to be set.

In a televised address, Ismail said that on Sunday he had presented a letter of request to Malaysia’s head of state, King Abdullah of Pahang, to dissolve the parliament.

During his address, Ismail highlighted the government’s handling of the Covid-19 pandemic and the subsequent reopening of the Malaysian economy. But he warned that the political landscape in the country had become “gloomy” due to its recent high turnover of prime ministers and governments.

“The incessant bickering between political players can be stopped by bringing them to the negotiating table, to defuse the situation. We seek commonality, not difference. We seek agreement, not division,” he said.

What is China’s Communist Party Congress and will it cement Xi Jinping’s rule?