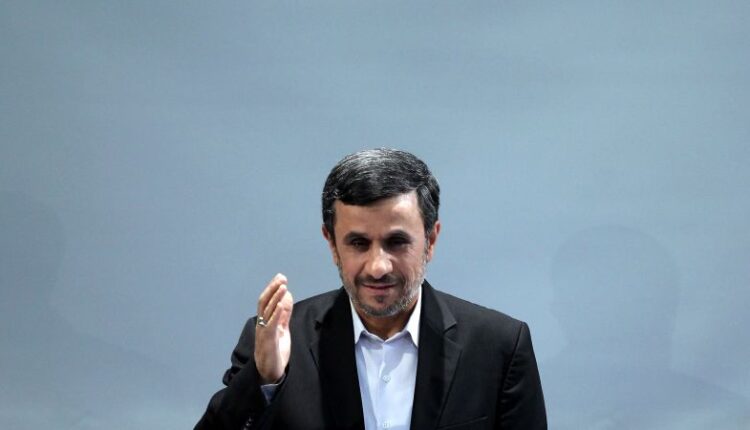 Here is a look at the life of former Iranian President Mahmoud Ahmadinejad.

Children: Two sons and a daughter

Education: Iran University of Science and Technology, Bachelor’s and Master’s, 1986 (in civil engineering) and Ph.D, 1987 (in transportation engineering)

He is a member of the Abadgaran party and is considered ultra-conservative.

He is a very loyal supporter of Iran’s Supreme Leader Ayatollah Ali Khamenei.

Several of the 52 Americans held hostage during the 1979 Islamic Revolution claim Ahmadinejad was one of their captors. Former hostage takers in this incident, who are now political opponents of Ahmadinejad, deny he was involved.

1993 – Adviser to the Minister of Culture and Higher Education.

October 26, 2005 – During a speech at the World Without Zionism conference in Tehran, he states that “Israel must be wiped off the map.”

December 14, 2005 – Speaking to thousands of people in the Iranian city of Zahedan, Ahmadinejad states “Today, [Europeans] have created a myth in the name of Holocaust and consider it to be above God, religion, and the prophets.”

April 11, 2006 – Announces that Iran has produced low-grade enriched uranium that can be used for nuclear power.

September 19, 2006 – One of two featured speakers on the opening day of the United Nations General Assembly. The other is US President George W. Bush. The two men do not meet.

September 24, 2007 – Speaks at Columbia University. Ahmadinejad denies having ever denied the Holocaust, saying he just introduced “two questions” about it. He is booed after saying, “we don’t have homosexuals [in Iran] like in your country.”

September 26, 2007 – Christiane Amanpour interviews Ahmadinejad. He unexpectedly gets up and leaves after only a few minutes.

March 2-3, 2008 – Ahmadinejad visits Iraq; this is the first-ever visit to Iraq by an Iranian president. He meets with Prime Minister Nuri al-Maliki and President Jalal Talabani, discussing topics such as oil production and development, border demarcations, and Israel’s excessive use of force in Gaza.

June 13, 2009 – Is reelected president of Iran as demonstrators fill the streets.

October 13, 2010 – Arrives in Lebanon for his first state visit to meet with the president, the prime minister, and members of the militant group, Hezbollah, with whom Iran has a strong relationship.

April 17, 2011 – Intelligence Minister Heidar Moslehi is fired by Ahmadinejad; the action is vetoed by Khamenei.

May 2011 – Ahmadinejad accuses Western countries of using special equipment to cause a drought in Iran.

September 24, 2012 – Gives a speech at the United Nations, during which the ambassador from Israel walks out.

February 5, 2013 – During a visit to Egypt, a group of men throw shoes at Ahmadinejad. This is an insult in the Muslim world.

August 4, 2013 – Rouhani is sworn in and Ahmadinejad officially leaves office.

April 11, 2017 – State media reports that Ahmadinejad has registered to run in the country’s presidential elections in May. This is unexpected, as Ahmadinejad was instructed last September by Khamenei not to run.