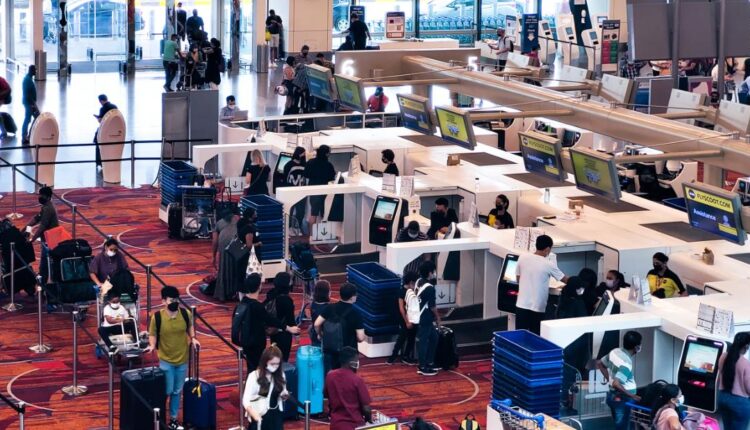 The case in Singapore involves a British man who was in the city-state between June 15 and 17. He tested positive for monkeypox on Monday after developing skin rashes and experiencing headaches and a fever last week.

“During this period, he had largely remained in his hotel room except to visit a massage establishment and eat at three food establishments on June 16,” Singapore’s Ministry of Health said Tuesday.

Thirteen of the man’s close contacts have been identified and contact tracing is underway, the ministry said, adding that the man is being treated at the National Centre for Infectious Diseases.

In South Korea, one of the suspected cases involves a foreigner who entered the country on Monday and was taken to hospital in the city of Busan after experiencing symptoms and developing a blistering skin lesion.

The other suspected case is a South Korean citizen who reported themselves to the Korea Disease Control and Prevention Agency after arriving back in the country from Germany on Wednesday. The KCDA said the South Korean — now being treated at a facility in Seoul — had reported having a headache before flying and had developed a fever, sore throat, fatigue and skin lesions on arrival in the country.

The KCDA said it was conducting tests and would hold a briefing once the results were out.

Monkeypox, considered a less severe cousin of smallpox, has an incubation period of seven to 14 days, according to the Centers for Disease Control and Prevention (CDC).

Initial symptoms are typically flu-like, such as fever, chills, exhaustion, headache and muscle weakness, followed by swelling in the lymph nodes, which help the body fight infection and disease.

The disease later progresses into a rash and lesions that can blister and scab over all over the body — usually lasting two to four weeks.

The virus has been circulating for decades in some places, including parts of West and Central Africa.

But the current outbreak has seen more than 2,500 cases being reported in dozens of countries where the disease was not considered endemic — including Australia, which reported its first case on May 20, and the United States, where as of Friday the CDC had reported more than 110 confirmed cases.

The World Health Organization (WHO) said recently it will remove the distinction between endemic and non-endemic nations to reflect a “unified response.”

“The unexpected appearance of monkeypox in several regions in the initial absence of epidemiological links to areas that have historically reported monkeypox, suggests that there may have been undetected transmission for some time,” the WHO said in a recent update.

Singapore last detected a case of monkeypox in 2019, in a 38-year-old man from Nigeria who had traveled to the city-state to attend a wedding.

“Monkeypox is not a new disease so we actually do know quite a bit about the disease and virus [which] has been around for some time,” said Khoo Yoong Khean, a doctor and scientific officer at the Duke-NUS Center for Outbreak Preparedness in Singapore.

“But there is a change in how the disease is circulating and spreading in this current outbreak… [and] this seems to be an evolving situation.”

Khoo said lessons from the Covid-19 pandemic could be applied to any potential monkeypox outbreak in the region.

“It will be wise for countries to pay attention. We have many tools which we have been using for Covid-19 and they will be useful now: contract-tracing methods, quarantine protocols and even a mass immunisation strategy if needed.

“While I don’t think we need to be overly worried about the global situation, and we might now be in a better place, disease outbreaks are never predictable as we know. We might have surprises from monkeypox in the near future so we must continue to strengthen our health and surveillance systems, work collaboratively with other countries and make better decisions than [we did] during the Covid pandemic.”