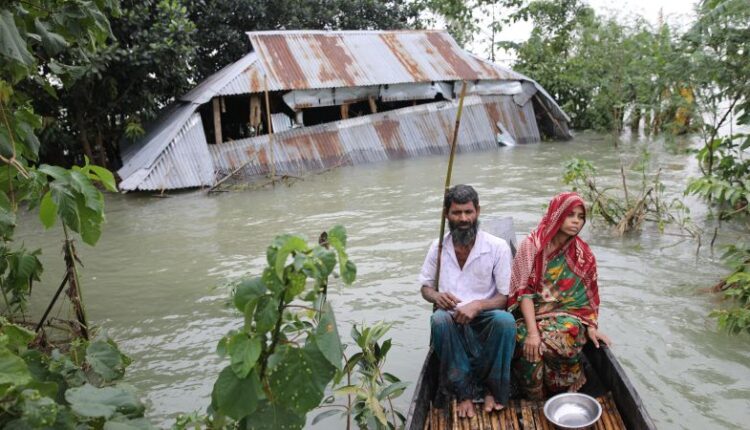 Four million people have been impacted by flooding in northeastern Bangladesh, according to Dr. Enamur Rahman, the country’s State Minister for the Ministry of Disaster Management. The situation could soon worsen, with heavy rain forecast in the next 24 hours.

Rahman told CNN on Sunday that at least two people had died due to flooding in Bangladesh. News agency reports suggest the toll is much higher, with Reuters reporting 25 deaths over the weekend, citing local officials.

A lack of telecommunication services has made it difficult to fully assess the extent of the damage, particularly in the hard-hit districts of Sylhet and Sunamganj, Rahman said.

He noted that 90% of the district of Sunamganj is underwater and is almost entirely cut off from the rest of the country.

Nearly six million people have been displaced due to the floods, the news agency Bangladesh Sangbad Sangstha (BSS) reported Saturday.

The Bangladesh Red Crescent Society plans to help with resettlement efforts and will “provide cash assistance to the flood-affected families,” the organization wrote on Twitter late Saturday.

Meanwhile, the eastern Indian state of Assam, which neighbors Bangladesh, has also been impacted by the flooding.

At least eight people were killed there in the last 24 hours, according to the Assam Disaster Management Authority in a statement released on Sunday. Floods and landslides have killed at least 62 people in Assam since April, the agency also said.