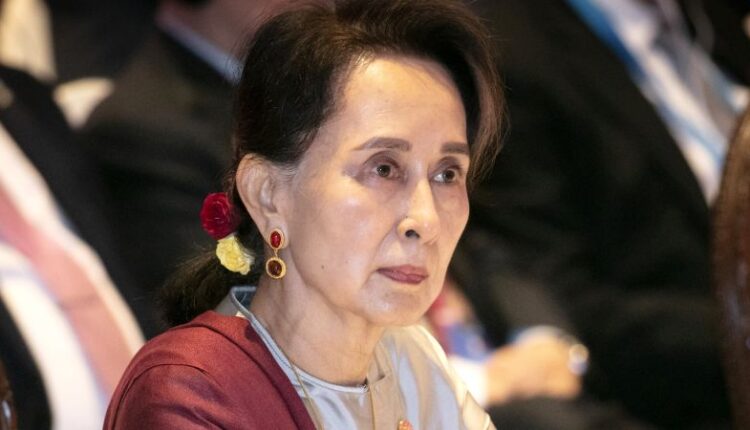 Wednesday’s verdict is the latest in a string of punishments meted out against the 77-year-old, a figurehead of opposition to decades of military rule who led Myanmar for five years before being forced from power in a coup in early 2021.

Suu Kyi was found guilty of receiving $500,000 in bribes from a local tycoon, a charge she denied, according to the source. Her lawyers have said the series of crimes leveled against her are politically motivated.

Suu Kyi is currently being held in solitary confinement at a prison in the capital Naypyidaw.

Last month, Suu Kyi was found guilty of electoral fraud and sentenced to three years in prison with hard labor, in a trial related to the November 2020 general election that her National League for Democracy won in a landslide, defeating a party created by the military.

It was the first time Suu Kyi had been sentenced to hard labor since the 2021 military coup. She was given the same punishment in a separate trial under a previous administration in 2009 but that sentence was commuted.

Suu Kyi has also previously been found guilty of offenses ranging from graft to election violations.

Rights groups have repeatedly expressed concerns about the punishment of pro-democracy activists in the country since the military seized power.

Last week, a military court in Myanmar sentenced a Japanese journalist to 10 years in prison for sedition and violating a law on electronic communications after he filmed an anti-government protest in July, a Japanese diplomat said.

Toru Kubota, 26, was arrested by plainclothes police in Yangon, where he was filming a documentary that he had been working on for several years, according to a Change.org petition calling for his release.

In July, the military junta executed two prominent pro-democracy activists and two other men accused of terrorism, following a trial condemned by the UN and rights groups.