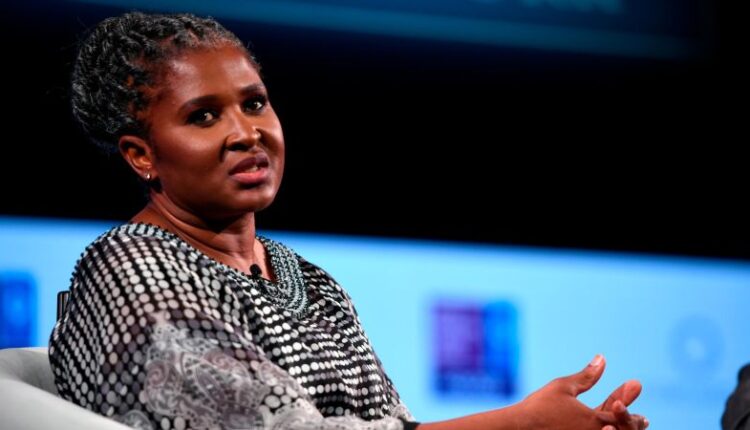 With Europe looking for alternatives to Russian energy, the European Union has set a target to produce 11 million tons of green hydrogen, and import another 11 million tons, by 2030.

Green hydrogen (hydrogen produced using renewable energy) is being touted as a clean alternative to fossil fuels that could power heavy industry and transport. EU officials said this summer that they hoped to strike a deal to help Namibia develop its green hydrogen sector. The southern African nation is set to open the continent’s first green hydrogen production plant in 2024, operated by French power company HDF Energy.

Namibia’s first lady, Monica Geingos, has served on policy advisory boards in her country and championed gender equality. CNN’s Melissa Mahtani spoke with Geingos at Goals House during the UN General Assembly in New York last week, and sent her additional questions by email, about Namibia’s advances in green energy and the role of women in the country’s economic future.

This interview has been edited for length and clarity.

Namibia’s first hydrogen power plant is expected to be up and running in 2024, and there’s also a potential plan in place to partner with the EU on green hydrogen. Where do you see sustainable energy in the future of the country’s business landscape?

Geingos: It is clear that Namibia’s green hydrogen plans extend beyond domestic energy self-sufficiency. It is also about intra-African trade as Namibia has an opportunity to export clean energy into regional power markets. Additionally, there is an opportunity to export clean (energy) to a neighboring country (South Africa) that is also Africa’s largest carbon contributor.

Namibia has also been identified as a strategic enabler of the European Union’s decarbonization agenda, which facilitates our ability to export energy to Europe. What this means is that Namibia can go beyond the traditional relationship of being an aid recipient to become a strategic trading partner.

Amongst many other benefits, I am excited about the vibrant economic mobilization that the business sector will benefit from as (Namibia) will be able to deploy its own resources to private-sector investment, which also enables increased risk appetite for sectors that foreign investors traditionally stay away from.

You were an entrepreneur before becoming first lady. How did that experience prepare you for this role?

Geingos: My career was in capital markets, corporate finance and private equity so it prepared me well to work under pressure, stand my ground and manage difficult conversations. It also helped me to develop a strong ethics compass which is helpful in navigating gray areas and understanding no-go areas.

What barriers remain in place when it comes to elevating women to positions of power, especially in business settings?

Geingos: Namibia’s legislative and policy framework pertaining to gender equality is very progressive. The barriers are unseen and pertain to how women are perceived, spoken about, treated and made to feel when in positions of influence, or when trying to climb the ladder.

In essence, our mindsets are not as progressive as our laws. While public sector leadership has not reached gender parity, it leads the private sector which still lags far behind in ensuring gender equality. This is an indicator of the gains made in certain sectors but also confirmation of how much work still needs to be done.

The African Continental Free Trade Area came into effect last year — of which Namibia is a part. How important is it that women take a lead in that, and have a seat at the table when major decisions are being negotiated?

Geingos: It is of critical importance that women take a seat at any table where consequential decisions are made, as targeting such large opportunities without diverse thinking would be to society’s detriment.

Women bring differentiated thinking, and capacity to the table. It makes no sense to sit around the table and make major decisions while excluding a portion of your intellectual capital. The easier movement of goods and people to facilitate intra-African trade has risks for women that need to be managed — (for example) human trafficking — but also has significant opportunities. There are bespoke pockets of capital that target women entrepreneurs which can be applied in pursuing expanded market opportunities, which make for exciting times for women entrepreneurs.