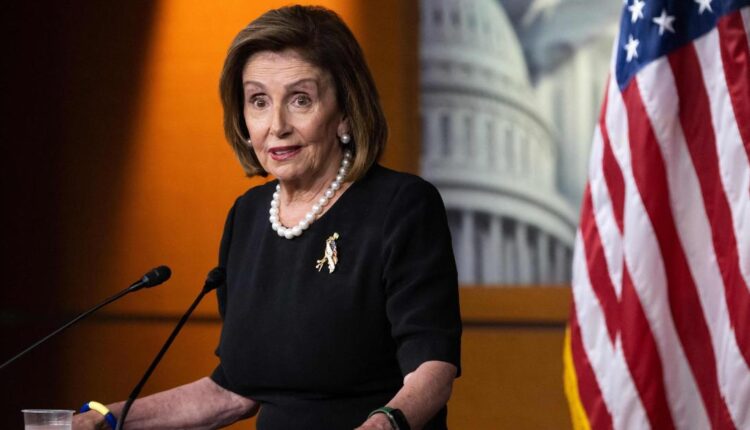 During the meeting, they discussed US-Singapore cooperation on a number of issues, including the climate crisis and economic development, according to the statement. It added that Lee “highlighted the importance of stable US-China relations for regional peace and security.”

Pelosi is scheduled to attend a cocktail reception held by the American Chamber of Commerce in the city-state later Monday.

Before arriving in the Indo-Pacific, Pelosi’s delegation stopped by Hawaii, according to a statement from her office on Sunday.

The delegation also plans to visit Malaysia, South Korea and Japan, where high-level meetings would be held to address “shared interests,” including trade, the Covid-19 pandemic and the climate crisis, according to Pelosi’s office.

The statement made no mention of Taiwan.

Speculation has swirled for weeks that Pelosi, who is second in the line of presidential succession behind the vice president, might be planning to visit the self-governing democratic island.

China’s Communist Party, which claims Taiwan as part of its territory — despite never having controlled it — has repeatedly warned against Pelosi visiting the island, vowing to take “resolute and forceful measures” if the trip goes ahead.

Some US officials are worried that the reported visit would be met with a military response from China, potentially triggering the worst cross-strait crisis in decades.

During a phone call between US President Joe Biden and Chinese leader Xi Jinping last Thursday, Xi warned the US not to “play with fire” on the Taiwan issue — though neither side confirmed if Pelosi’s reported plans were discussed. Preparation for the call predated reports of the possible trip.

When asked about Pelosi’s possible visit on Monday, Taiwan’s Premier Su Tseng-chang did not confirm whether she might stop there and reiterated that Taipei welcomes foreign guests. “The government warmly welcomes any foreign VIP friends to visit our country,” Su told reporters.