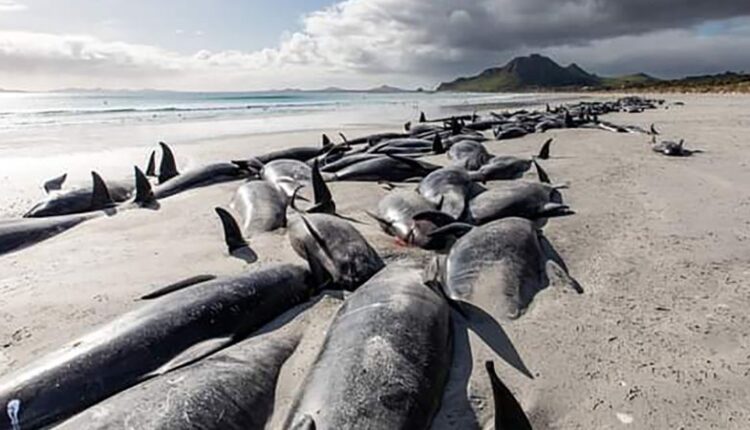 Hundreds of pilot whales have died after becoming stranded near the shark-infested waters of a remote island chain in the South Pacific, according to rescue teams and conservationists.

Dave Lundquist, a marine technical adviser for the department, said it does not attempt to refloat stranded whales in the area due to the risk of shark attacks to both people and the whales. The surviving whales were euthanized to prevent further suffering, he said.

“This decision is never taken lightly, but in cases like this it is the kindest option,” Lundquist said.

Daren Grover, general manager of rescue organization Project Jonah, said most of the pilot whales were already dead when they came ashore, and the survivors were in poor health.

“Having such a high number of whales in one location is unusual, but it’s certainly not unheard of,” he said.

In addition to the risk posed by sharks, it was “almost impossible” for rescue teams to travel to the Chatham Islands on short notice, he said, compounding the difficulty of saving the whales.

The mass stranding incident comes less than a month after about 200 pilot whales died on the coast of Tasmania in Australia.

It’s common for pilot whales to become stranded but the behavior is not well understood, according to the Department of Conservation. Most scientists believe that individual whales strand because they are diseased and coming to the end of their natural lifespan.

The Chatham Islands, which are home to about 600 people, are among the top three “stranding hotspots” in New Zealand. In 1918, the archipelago saw the biggest recorded stranding in the country of about 1,000 pilot whales, according to the department.

Analysis: The Crimea attack triggered a wave of strikes on Ukraine. But mystery swirls over who blew up Putin’s bridge