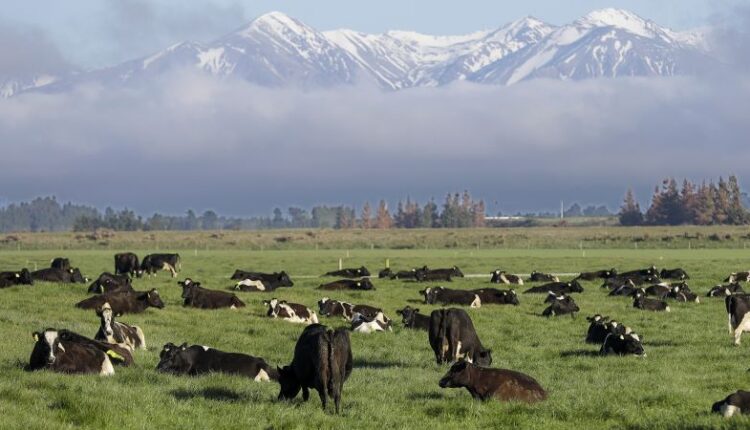 A burp or fart at the dinner table might land you in trouble – but if you’re a cow or sheep in New Zealand, it might land your owner a hefty tax bill.

Prime Minister Jacinda Arden confirmed at a press conference on Tuesday that her government will push ahead with a proposal to make farmers pay for their livestock’s emissions in a bid to combat climate change.

“This is an important step forward in New Zealand’s transition to a low emissions future and delivers on our promise to price agriculture emissions from 2025,” Ardern said.

New Zealand is a major livestock and meat exporter, and has around 10 million cattle and 26 million sheep. Agricultural accounts for half of the country’s total emissions, including 91% of its biogenic emissions of methane, a potent greenhouse gas with more than 80 times the global warming power of carbon dioxide in the short term.

The industry had previously been omitted from the country’s Emission Trading Scheme, a government regulatory body which sets limits on emissions by sector.

“No other country in the world has yet developed a system for pricing and reducing agricultural emissions, so our farmers are set to benefit from being first movers,” Ardern said.

But farm groups are unconvinced and have raised concerns about the high costs this will impose on the industry. Andrew Morrison, chairman of farm lobby group Beef + Lamb New Zealand, said in an email to farmers on Tuesday, “we will not accept a system that disproportionately puts our farmers and communities at risk.”

Andrew Hoggard, president of the rural advocacy agency Federated Farmers, said in a statement that the government’s plan will “rip the guts out of small town New Zealand.”

“We didn’t sign up for this. It’s gut-wrenching to think we now have this proposal from government which rips the heart out of the work we did. Out of the families who farm this land,” he said. “Our plan was to keep farmers farming. Now they’ll be selling up so fast you won’t even hear the dogs barking on the back of the ute as they drive off.”

However, the proposal hopes to incentivize farmers to reduce emissions without imposing damaging costs. In a statement, the government said the revenue raised will be “recycled back into the agriculture sector through new technology, research and incentive payments to farmers.”

Already some of this technology is being used. Researchers at dairy company Fonterra are trialing the effects of “Kowbucha,” a probiotic thought to reduce methane-emitting burps.

“By rewarding farmers who take action to cut their emissions we can support more farmers to improve their productivity and profitability while achieving climate goals,” Agriculture Minister Damien O’Connor said Tuesday.

The proposal will now go to a consultation, due to end in November this year.