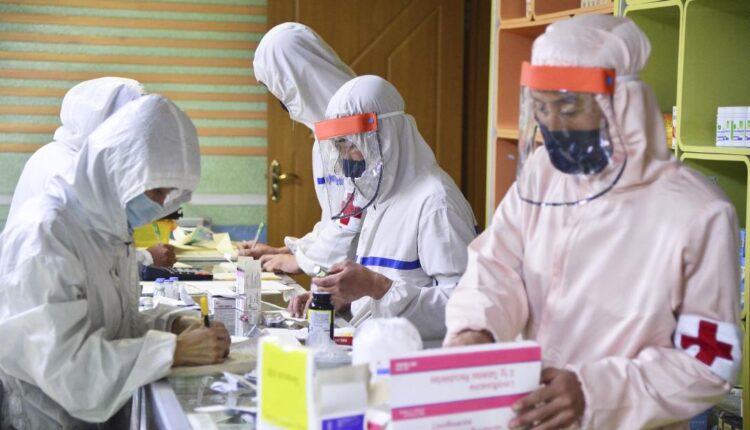 It’s unknown what the planes were carrying, but the rare trip came after China pledged to help North Korea with its Covid outbreak, which experts have warned could cause a major humanitarian crisis in the isolated and impoverished nation.
North Korea officially confirmed its first ever Covid cases last week. It had not previously acknowledged any cases, and has kept its borders tightly shut since January 2020.

Since May 12, North Korea has reported nearly two million “fever” cases, with state media calling it a “major national emergency” and authorities scrambling to respond.

All cities have been placed under lockdown, and North Korean leader Kim Jong Un has mobilized the military to help secure the supply of medicine in the capital Pyongyang.

After the first cases were announced, China said it was ready to provide full support as North Korea’s “comrades, neighbors and friends.” The two countries have “a fine tradition of mutual assistance,” said a spokesperson from China’s Foreign Ministry.

North Korea has not yet established a Covid-19 vaccination program, leaving its population vulnerable, according to the World Health Organization. The country’s dilapidated health care system also lacks the medicine and supplies necessary for combating a Covid-19 outbreak.

The situation has sparked alarm among international bodies, with the United Nations High Commissioner for Human Rights warning on Tuesday that the outbreak — and the restrictions in place — could have “a devastating impact on the human rights situation in the country.”

Human Rights Watch has also expressed concern, urging the UN and governments around the world to “make every possible effort to persuade North Korea to allow outside humanitarian assistance.”

The South Korean government says it has offered assistance to North Korea, including medicine, vaccines and other medical supplies, but has not yet received a response.

Assam flooding: Half a million Indians flee floods in northeast brought by rain