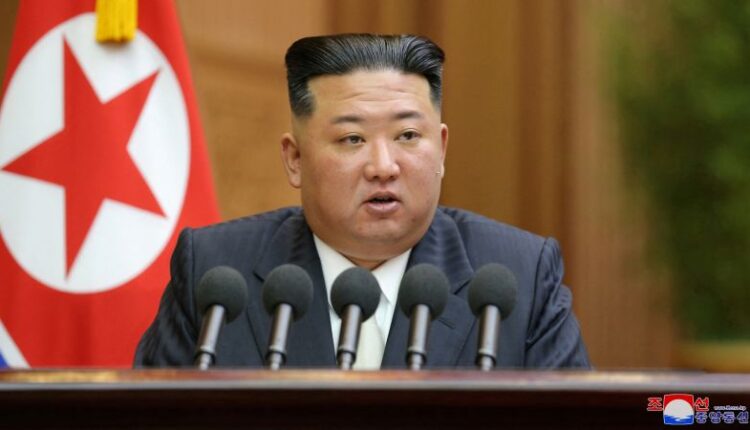 The missiles were launched between 1:47 a.m. and 1:53 a.m. local time Sunday, according to Japan’s State Minister of Defense Toshiro Ino.

The first missile is estimated to have flown about 350 kilometers, or 217 miles, at a maximum altitude of approximately 100 kilometers, or 62 miles, according to Ino. The second traveled about the same distance.

Ino noted there were no reports of damages to vessels at sea, but the defense ministry is still analyzing the details and investigating what kind of missiles were launched, including the possibility they were submarine-launched ballistic missiles.

South Korea’s military has strengthened its surveillance and vigilance and maintaining a full readiness posture while closely cooperating with the US, the country’s joint chiefs of staff said.

This is the 25th missile launch this year, according to CNN’s count, which includes both ballistic and cruise missiles. The last launch occurred Thursday when North Korea fired two short-range ballistic missiles, the latest in a spate of launches in the past two weeks.

Japan’s Coast Guard instructed vessels to pay attention to information and to not approach any objects which have fallen in the sea. It also asked vessels to report any relevant information.

South Korea’s Joint Chiefs of Staff on Saturday “strongly condemned” the launches, calling them a “serious provocation” which harms peace and safety, it said in a text sent to reporters.

“North Korea’s repeated ballistic missile launch is a serious provocation that harms peace and safety of the Korean Peninsula as well as the international community, and it is also a clear violation of the UNSC resolution,” the joint chiefs said, condemning and urging the North to immediately stop such actions of testing missiles.

The joint chiefs reported the missiles launched early Sunday morning had a flight range of about 350 km and an altitude about 90 km.

South Korean military will continue to maintain “firm readiness posture” while tracking and monitoring related movements under close cooperation with the US, the joint chiefs added.

On Tuesday, North Korea fired another missile, without warning, which flew over and past Japan, causing Japan to warn its citizens to take shelter.

The missile Tuesday traveled over northern Japan early in the morning, and is believed to have landed in the Pacific Ocean. The last time North Korea fired a ballistic missile over Japan was in 2017.

US Indo-Pacific Command said Saturday the latest launches do “not pose an immediate threat to US personnel or territory, or to our allies.”

“We are aware of the two ballistic missile launches and are consulting closely with our allies and partners,” the command said in a statement. “The missile launch highlights the destabilizing impact of the DPRK’s unlawful WMD and ballistic missile programs. The US commitments to the defense of the Republic of Korea and Japan remain ironclad.”

US Secretary of State Antony Blinken warned if North Korea continues “down this road” of provocation following its ballistic missile launch Tuesday, “it will only increase the condemnation, increase the isolation and increase the steps that are taken in response to their actions.”

North Korea usually fires its missiles into waters off the coast of the Korean Peninsula, making Tuesday’s flight over Japan considerably more provocative.

The aggressive acceleration in weapons testing has sparked alarm in the region, with the US, South Korea and Japan responding with missile launches and joint military exercises. The US has also redeployed an aircraft carrier into waters near the peninsula, a move South Korean authorities called “very unusual.”

Japan issued a strong protest against North Korea through its embassy in Beijing, Ino said.

On Thursday, US, South Korean and Japanese warships performed a missile defense exercise in the Sea of Japan, the US-Indo Pacific Command said in a statement.

Elle Fanning Will Star In Hideo Kojima’s Next Game