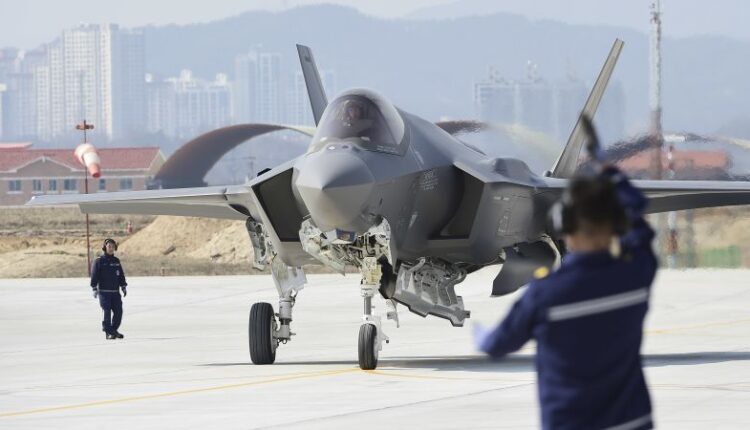 New tensions are flaring between the Koreas, with the North flying warplanes near their shared border and launching the latest in a series of missiles and the South holding a live-fire artillery drill.

North Korean aircraft approached the no-fly zone straddling the border between 10:30 p.m. Thursday and 12:20 a.m. Friday, according to the South’s Joint Chiefs of Staff, in a move that Pyongyang followed up just hours later with its 27th missile launch of the year.

At one point the North’s aircraft were just 12 kilometers (7.5 miles) from the northern limit of the Military Demarcation Line that runs down the center of the Demilitarized Zone separating the two Koreas, the JCS said.

The North’s state-run Korean Central News Agency said the actions were in response to 10 hours of South Korean live-fire artillery exercises near the border.

The South Korean military confirmed to CNN that an artillery exercise had taken place 10 kilometers (6 miles) from the border but said it did not violate an agreement with the North regulating such exercises. Seoul claims instead that Pyongyang violated the agreement earlier Friday by firing 170 rounds of artillery into the sea off its west coast.

“Artillery firing in the maritime buffer zones is a clear violation of the September 19 military agreement, and the launch of short-range ballistic missiles is also a violation of UN Security Council resolutions,” the JCS said.

The flurry of military activity on both sides of the border came just hours after North Korean leader Kim Jong Un warned his nuclear forces are fully prepared for “actual war.”

“Our nuclear combat forces … proved again their full preparedness for actual war to bring the enemies under their control,” Kim said in comments reported by KCNA.

Kim’s fiery statement – his first about North Korea’s missile program for several months – came after he reportedly oversaw the test Wednesday of long-range cruise missiles over waters west of the Korean Peninsula, according to KCNA.

The tests showed the country’s forces were “fully ready to hit and wipe out the set objects at the intended places in the set time,” KCNA said.

North Korea has been developing its nuclear missile forces in violation of United Nations Security Council resolutions, ramping up its activities since the last of three meetings in 2019 between Kim and then-US President Donald Trump failed to yield any agreement.

On Friday, in response to Pyongyang’s repeated missile tests, the South imposed its first unilateral sanctions on the North since 2017.

The sanctions target 15 individuals who “contributed to bringing supplies related to the funding of North Korea’s weapons of mass destruction and missile development,” South Korea’s Foreign Ministry said in a news release.

The sanctions also target 16 organizations that took part in North Korea’s evasion of the UN sanctions, the ministry said.

The South Korean government expects the sanctions will have “the effect of blocking illegal fund transactions with these North Korean agencies and individuals and remind the domestic and international community of the risks of transacting with them,” the ministry said.

South Korea has so far independently sanctioned 109 individuals and 89 agencies.

Xi Jinping’s rule: A sense of crisis will shape China well into the future