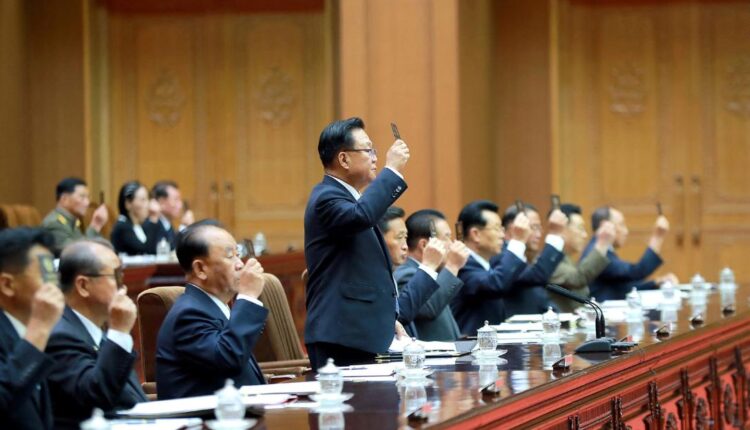 The two laws will help advance the ruling party’s efforts to bring about “a radical turn in the rural community and its policy on landscaping to achieve a rapid development of the Korean-style socialist rural community and spruce up the country into a beautiful and civilized socialist fairyland,” KCNA said, citing a deputy’s speech to the gathering.

Many of Kim’s economic promises have yet to be fulfilled, analysts say, and aid organizations have warned of rampant food shortages and other hardships.

According to a report last month by 38 North, a US-based site that monitors North Korea, Kim’s vow to rebuild a typhoon-ravaged province in the country’s North and transform it into a “model” mining community has made little progress.

The United States has accused Kim of pouring resources into military projects at the expense of the country’s people. It said this week Russia had approached North Korea about buying ammunition, potentially providing a windfall for the cash-strapped government in Pyongyang. Russia said the US report was “fake.”

Revealed: How Russia’s security service preys on young activists to turn them into informants