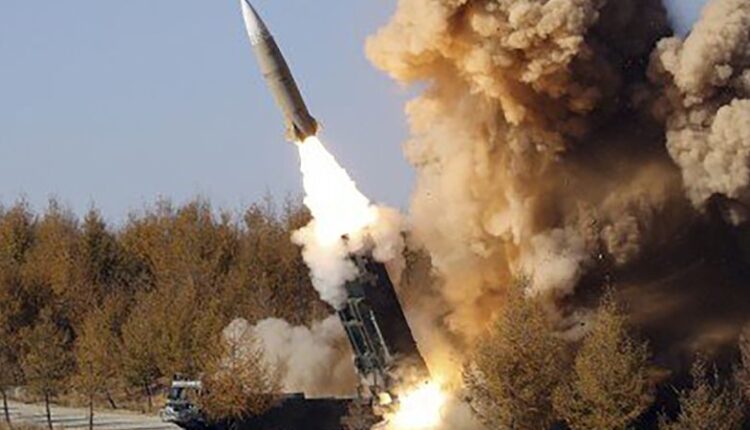 North Korean state media has released images purporting to show last week’s missile launches with a warning that the so-called “reckless military hysteria” of the United States and its allies is moving the Korean peninsula towards “unstable confrontation.”

But it made no mention of the suspected failed launch of an intercontinental ballistic missile (ICBM) Thursday, and the information released was too incomplete for experts to gain any real insight into what, if anything, the tests achieved.

According to a Korean Central News Agency (KCNA) report published Monday, Pyongyang fired more than 80 missiles between November 2 and 5, and conducted air force drills involving “500 fighters … to show the will to counter the combined air drill of the enemy.”

The report said the maneuvers were a direct response to “open provocation” of the US-South Korea “Vigilant Storm” drills that took place in the region last week, which the allies extended by one day in response to North Korea’s volley of missile tests.

The KCNA report said missiles had been launched to simulate strikes on enemy air bases and to annihilate air targets at different altitudes and distances. It summarized the numbers of missiles fired each day but didn’t specify what models had been tested.

And it provided very little detail about the missile fired on Thursday that Japan and South Korea surmised to be ICBM, only referring to a ballistic missile that it tested at the request of the Academy of Defense Science.

During a briefing on Monday, South Korea’s Joint Chiefs of Staff said North Korea’s failure to mention the ICBM hadn’t changed its assessment that the missile was an ICBM that “did not fly normally.”

“It seems it had failed at the third phase, so whatever North Korea claims, they neglected the UN resolutions and peace overture of the alliance and conducted a provocative test of an ICBM and it seems it didn’t achieve its intended goal,” he said.

“I think we should focus on the facts not on what North Korea claims.”

South Korea’s JCS said the ICBM – potentially a North Korean-made Hwasong-15 or Hwasong-17 – reached a maximum altitude of less than 2,000 km and a top speed of about Mach 15, which means that it traveled 15 times the speed of sound – not fast enough, according to Park Won-gon, professor in North Korean Studies at Ewha Woman’s University in Seoul.

“ICBMs need to reach the speed of Mach 20 or higher for the missile to go to the atmospheric space and travel far using its inertia, but in this test, it is believed that such propulsion didn’t happen,” Park said.

Thursday’s launch followed a previous one in May, suspected to be a Hwasong-17, fired on the heels of US President Joe Biden’s first presidential trip to Asia.

Kim Dong-yub, a professor at the University of North Korean Studies, a former commander of South Korea’s Navy, said the lack of information made it difficult to decipher progress between the two tests – and that success also depends on North Korea’s objectives.

“What if North Korea conducted tests to obtain certain data it wanted to verify during the missile development?” Kim asked. “The experiment may be intended to look at the separation, or it may be to check the flight distance of the missile … depending on the purpose of the test, (the outcome) will be different.”

Monday’s KCNA report referred to a ballistic missile test on Thursday – the one presumed to be the ICBM – but said it was used “to verify the movement reliability of a special functional warhead paralyzing the operation command system of the enemy.”

Kim, from the University of North Korean Studies, said that could point to missile used to test a potential EMP (Electromagnetic Pulse) attack. “EMP missiles need to go very high above the ground to be effective,” Kim said.

A EMP attack at a high altitude would deliver an intense burst of electromagnetic energy powerful enough to take out electronic grids, circuitry or communications.

“If the EMP missile is detonated at an altitude of 1,000 km or more, it can take the power out of the area and as a result paralyze (the command system).”

But other experts disagree that North Korea was testing a potential EMP missile. Shin Jong-woo, an analyst at South Korea’s Defense and Security Forum, said EMP missiles are normally only fired to a height of hundreds of kilometers, not thousands.

South Korean military experts are continuing to examine the images and data to determine the status of North Korea’s weapons program, but experts caution that claims in state media need to be treated with skepticism.

Shin said the multiple launches could be a sign that North Korea is racing to prove its capabilities.

“In the past, when North Korea launched a certain missile, it showed off by presenting specific data, but today’s announcement seems to have a lot of fictional content.

“North Korea conducted a nuclear test after demonstrating its ability to strike the US mainland,” Shin said. “But Hwasong-17 tests are failing, so it seems that North Korea is launching so many missiles because it is in a desperate situation and in a hurry to prove itself.”