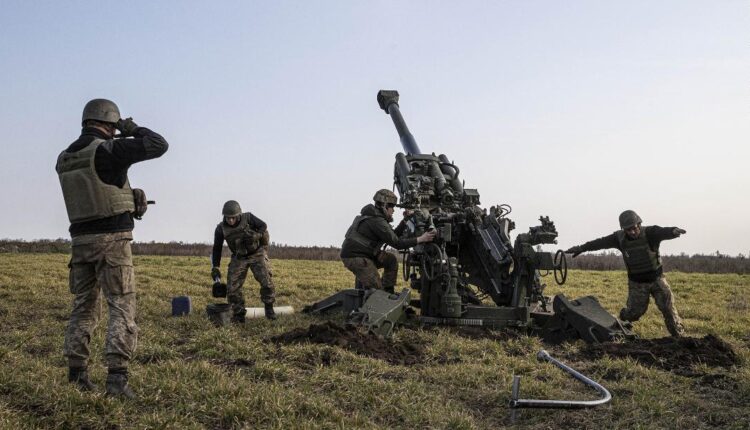 Ukrainian President Volodymyr Zelensky said more than 41 settlements in southern Ukraine have been liberated following the Russian decision to withdraw to the eastern side of the Dnipro river.

“Today we have good news from the south — the number of Ukrainian flags returning to their rightful place in the framework of the ongoing defense operation is already reaching dozens. 41 settlements have been liberated,” Zelensky said.

Zelensky used his daily video address to congratulate several units involved in the advance through the southern Kherson region.

He added, “Everything that is happening now has been achieved through months of fierce struggle. Achieved by courage, pain and losses. It is not the enemy that is leaving. It is Ukrainians who are chasing the occupiers at great cost.”

Zelensky said police units had moved into several settlements in Kherson to begin stabilization measures, but the liberation of Ukrainian territory was just the first step in a long process.

“The first and basic thing is de-mining. The occupiers leave behind thousands of mines and unexploded ammunition. I have often heard estimates that clearing Ukraine of Russian mines will take decades. We cannot wait that long,” the Ukrainian president said.

“The invaders mine everything: power lines, business enterprises, fields, forests,” he said. “At the peak of mine contamination in Ukraine, we had 300,000 square kilometers of life-threatening territory.”

Now, he said, thanks to the efforts of sappers, “there are about 170,000 square kilometers left for demining. In particular, this is in the most difficult places – where the fighting is still ongoing, where the enemy will add more mines before its withdrawal, as it is now in Kherson.”

Zelensky thanked the dozen countries assisting in de-mining. He also alluded to Ukraine’s goals in the conflict.

“We have to go all the way — on the battlefield and in diplomacy — so that our flags, Ukrainian flags, and never again any enemy tricolors are on our entire land, within our internationally recognized border,” he said.