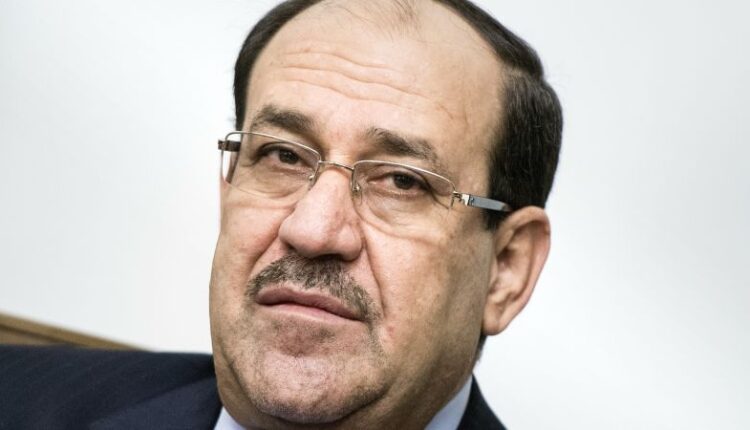 Here’s a look at the life of Iraq’s former Prime Minister Nuri al-Maliki.

Children: Four daughters and a son

Changed his name to Jawad al-Maliki while he was in exile.

Negotiated with Sunnis and Kurds to help draft Iraq’s constitution.

Directed activists in Iraq during his exile in Syria and Iran.

1979-1980 – When he is sentenced to death for opposing Saddam Hussein and the Baathist party, Maliki flees Iraq and finds refuge in Iran and later Syria.

2003-2004 – Member of the de-Baathification Commission, which works to rid former Baathists from Iraq’s military and government.

January 2005 – Is elected to the new parliament as a member of the Dawa Party and serves as the head of the Security and Defense Committee of the National Assembly.

April 22, 2006 – Is chosen by the Shiite-dominated coalition United Iraqi Alliance to replace Interim Iraqi Prime Minister Ibrahim al-Jaafari. He has one month to form a government.

October 27, 2006 – Meets with US Ambassador Zalmay Khalilzad, telling him he considers himself “a friend of the US, but [he’s] not America’s man in Iraq.”

January 2, 2007 – States in an interview with the Wall Street Journal, “I wish I could be done with it even before the end of this term.. I didn’t want to take this position… I only agreed because I thought it would serve the national interest, and I will not accept it again.”

February 2009 – Maliki’s State of Law coalition wins a plurality in 9 of the 14 provinces that held elections.

November 25, 2010 – Maliki is named to a second term by Iraqi President Jalal Talabani in a televised ceremony.

December 12, 2011 – Meets with US President Barack Obama at the White House to discuss the shift in US-Iraq relations with the end of the Iraq war.

June 10, 2012 – Maliki survives the threat of a no-confidence vote by parliament when President Talabani announces that there is not enough support for the vote. Maliki’s opponents accuse him of monopolizing power.

June 21, 2012 – Osama al-Nujaifi, speaker of parliament, announces that Maliki will be asked to appear before parliament in a continued effort to oust him.

January 4, 2014 – Maliki vows to crush the insurgency in Anbar province, where the Sunni insurgency – al Qaeda in Iraq – flourished following the 2003 US-led invasion. “There will be no withdrawal,” Maliki says in a speech carried by Al-Arabiya.

August 11, 2014 – President Fuad Masum appoints Haider al-Abadi as prime minister of Iraq, replacing a defiant Maliki with a member of his own party, despite Maliki’s pronouncement earlier in the day that he intends to stay in office for a third term. Abadi, is the deputy speaker of the Iraqi Parliament and a former aide to Maliki.

August 14, 2014 – In a televised address, Maliki withdraws his candidacy for a third term and endorses Abadi.

September 8, 2014 – Maliki is asked to serve as one of the country’s three vice presidents in the newly formed government.