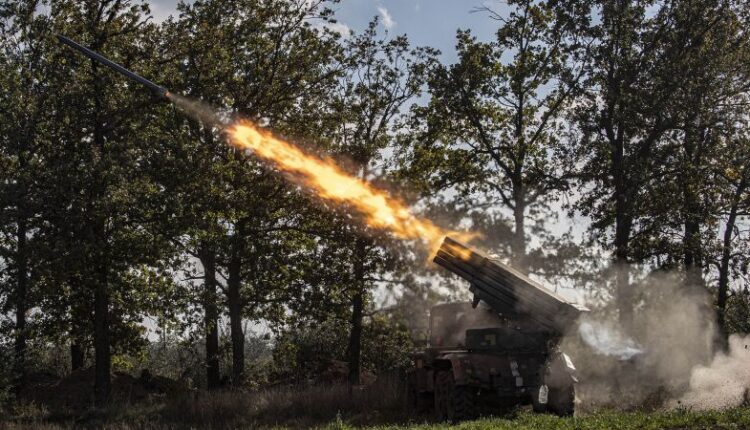 Gennady Gatilov, permanent representative of the Russian Federation to the United Nations Office and other International Organizations in Geneva, gives an interview with Reuters in Geneva, Switzerland, on October 13.

A Russian diplomat has suggested that his country could potentially leave a deal to allow grain exports from Ukraine through the Black Sea, according to Reuters.

“If we see nothing is happening on the Russian side of the deal — export of Russian grains and fertilizers — then excuse us, we will have to look at it in a different way,” Gennady Gatilov, Russia’s ambassador to the UN in Geneva, told Reuters.

Reuters reported Thursday that when asked whether Russia might back out of renewing the deal, Gatilov said: “There is a possibility…We are not against deliveries of grains but this deal should be equal, it should be fair and fairly implemented by all sides.”

In July, the UN and Turkey brokered a major deal between Ukraine and Russia that promised to unblock ports on the Black Sea to allow the safe passage of grain and oilseeds.

However, Moscow cut back its contribution to the initiative earlier this month. In a letter obtained by CNN, Russia said that it was reducing the number of inspection teams it deployed at a Turkish port where grain ships are inspected. The letter also said that inspectors would be ending their working day earlier, because there was currently no allowance made for lunchtime.

A grain ship waits in Odesa Port, Ukraine, on July 29.

Since July, ships carrying grain from Ukrainian ports have been allowed to navigate a safe corridor through the Black Sea – an agreement that ended five months of Russian blockade.

The deal is set to expire at the end of November.

Asked on Thursday about the possibility of Russia pulling out, the spokesperson for the UN Secretary-General, Stéphane Dujarric, said that it was “critical for the world,” and that there were good signs coming out of a meeting Thursday between Russian President Vladimir Putin and Turkish President Recep Tayyip Erdogan.

“We’re trying to get a bit more detail, and we’ll be following up on that,” Dujarric said.

As the US-Saudi oil spat intensifies, what are Biden’s options?