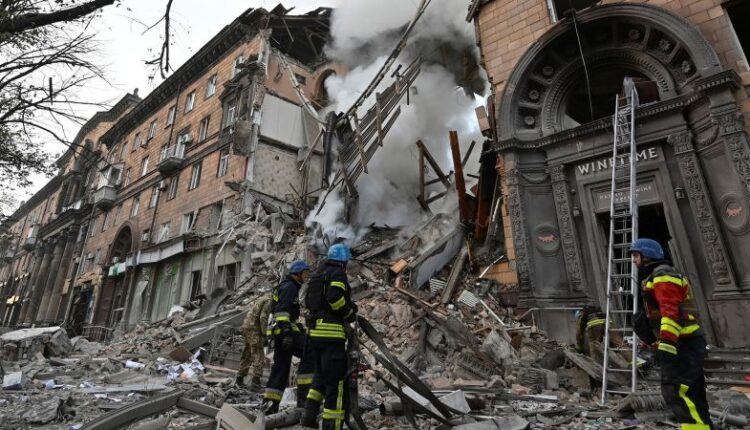 A general view of the Zaporizhzhia Nuclear Power Plant on September 11.

Russian President Vladimir Putin on Wednesday signed a decree that puts the Zaporizhzhia nuclear power plant in Ukraine under involuntary Russian state control — and amends the country’s constitution by admitting new regions into the Russian Federation.

The annexation of Zaporizhzhia and three other regions is illegal under international law and has been widely condemned by the international community.

Despite international opposition to the move, Putin also instructed the cabinet to determine how to regulate and operate the Zaporizhzhia plant — which has been under forcible Russian military control since March — through 2028.

Just as Putin was signing the decree, the Ukrainian state nuclear operator, Energoatom, said its president would assume the duties of the plant’s director general.

Petro Kotin, Energoatom president, said in a video address to the employees of the plant: “In accordance with the current legislation, approval and regulatory documents, I have decided to take up the duties of the director general of the Zaporizhzhia Nuclear Power Plant.”

He said the administration of the plant would be transferred directly to Kyiv following the detention by Russian officials of the plant’s general director, Ihor Murashov. On Tuesday, the IAEA said that Murashov will not continue his duties at the nuclear power plant following his release from Russian detention.

Kotin also noted that operational issues at the plant would be resolved by the technical staff by agreement with the central office of the company.

IAEA Intervention: The head of the UN’s nuclear watchdog, Rafael Grossi, was in Kyiv on Thursday to discuss his calls to establish a nuclear safety zone around the plant “as soon as possible,” the IAEA said in a statement. Grossi will also visit Russia in the coming days.

Grossi said at a news conference that it’s still unclear what the “practical consequences” were of Russia’s decision to seize the plant, but he would be discussing those matters in high-level meetings in Moscow. He also said that the IAEA considers the facility Ukrainian.

“We want this war to stop. The war should stop immediately. The position of the IAEA is that this facility is a Ukrainian facility, but I don’t get into comments about military developments,” Grossi said.

“For us, it is obvious that since this is a Ukrainian facility, the ownership (sic) is on Energatom,” Grossi said, referring to the Ukrainian state nuclear agency. “We are an international agency, and we are guided by international law. And as you all know very well, annexations are not accepted under international law.”

Some context: The Zaporizhzhia plant has been subject to intense scrutiny since its occupation shortly after Russia’s invasion in late February. Intense Russian shelling near the facility this summer sparked concerns of a nuclear accident, prompting the International Atomic Energy Agency to send a team there.

The nuclear plant, with six reactors, is the largest in Europe. It continues to be run by Ukrainian technicians, but the forcible annexation of Zaporizhzhia means that according to Russian law it is now on Russian territory.