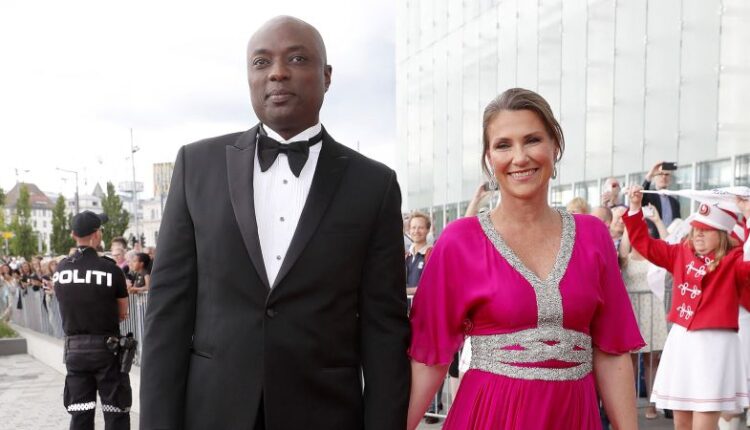 Norway’s Princess Märtha Louise is withdrawing from official royal duties in order to concentrate on the alternative medicine business she runs with her fiancé, American spiritual guru Durek Verrett.

The 51-year-old princess, who is fourth in line to the Norwegian throne, “will not be representing the Royal House at the present time,” according to a statement from the royal household, published Tuesday.

In the statement, Märtha Louise acknowledges her long-standing interest in “alternative methods” of treatment, which, she says, “can be an important supplement to help from the conventional medical establishment.”

The pair have run seminars together offering “meditations and shamanic exercises” that can “reveal to you your divine self activated and how you can utilize your gift to change the world.”

For his part, Verrett has authored a book called “Spirit Hacking,” offers shamanic healing sessions and sells a $222 “spirit optimizer,” which he claims “can invite spiritual and energetic protections to keep you safe from external energies seeking to harm you, allowing you a safer space to heal.”

Verrett has also worked with celebrity clients such as Gwyneth Paltrow. In 2019, the princess posted a picture on Instagram of the trio on vacation together in the Hamptons.

The couple will still attend “important family-related gatherings,” but they will not “indicate an association with the Royal House of Norway” in connection to their commercial activities, according to the statement.

“This is intended to draw a dividing line that more clearly separates commercial activity from the Royal House of Norway,” the statement reads. “The objective is both to prevent misunderstandings regarding the Royal House and to allow the Princess and Durek Verrett greater freedom in their business activities and other parts of their lives.”

In 2002, Märtha Louise, who is the only daughter of the Norwegian king and queen, gave up her “royal highness” status as well as her royal allowance to pursue her career in the media. The same year, she wed Norwegian author Ari Behn. The pair had three daughters before announcing their separation in 2016. Behn died by suicide on Christmas Day 2019.

The princess and Verrett announced their engagement on June 7 this year.

She is now “relinquishing the role as royal patron that has set the framework of her official duties for the Royal House,” although she will retain the title of Princess in accordance with King Harald’s wishes, according to Tuesday’s statement.

“The King and Queen wish to thank Princess Märtha Louise for the important work she has carried out in her official capacity for several decades,” reads the statement. “She has performed her duties with warmth, care and deep commitment.”

A Little to the Left Review – Tidy Tranquility