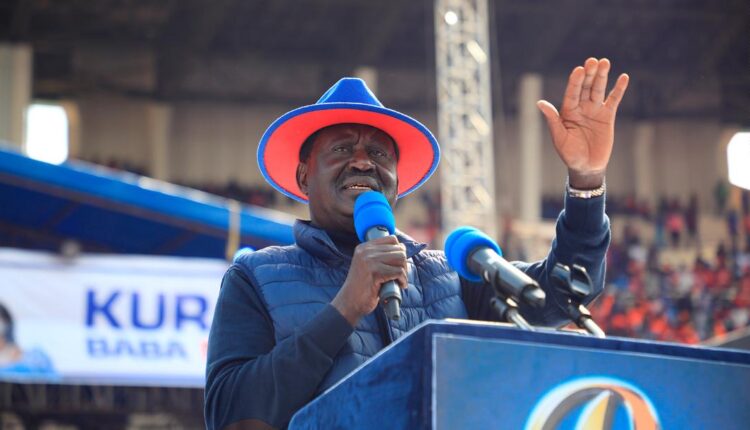 
The petition was filed online Monday morning with a physical copy expected to arrive at the court’s registry in Nairobi before the 2p local time deadline.

Odinga’s Azimio La Umoja (Aspiration to Unite) coalition claimed it had enough evidence in the petition to prove misconduct by the electoral commission after the August 9th presidential election that resulted in a narrow win for Deputy President William Ruto. The Independent Electoral and Boundaries Commission’s results said Ruto, 55, won with 50.49% of the vote against Odinga’s 48.85%.

This is Odinga’s fifth time running and third time challenging his loss in presidential elections through the Supreme Court, having filed a case after the last two elections in 2013 and 2017. In 2017, the Supreme Court ordered a re-election to be held, which was boycotted by Odinga who again lost to incumbent President Uhuru Kenyatta.

“We have a strong petition and we’re hopeful that it will go through,” Maanzo told CNN on Monday. “We’re asking the court to decide if the constitution was followed in declaring the presidential results. If it was not within the constitution, then it is null and void.”

The Supreme Court has 14 days from Monday to hear Odinga’s case and deliver a verdict. If the seven judges rule in favor of 77-year-old Odinga, they could order a recount of votes, a fresh election, or award Odinga the presidency.