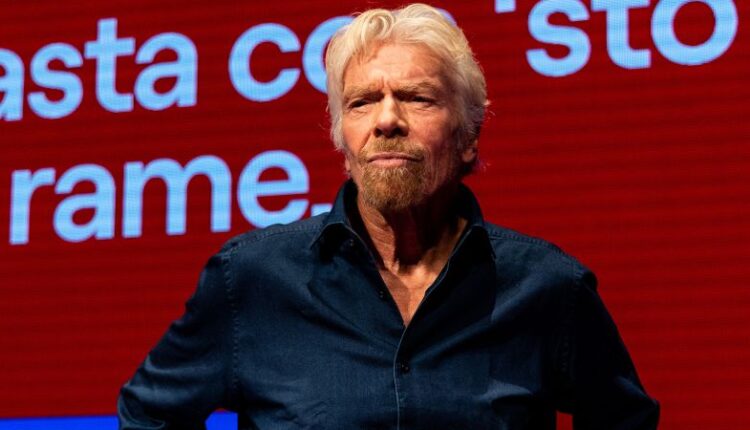 British entrepreneur Richard Branson has declined an invitation from the Singaporean government to take part in a live television debate on the death penalty.

Branson – a long-time campaigner against capital punishment – had criticized Singapore’s decision in April this year to execute 33-year-old Nagaenthran Dharmalingam for drug trafficking.

In a blog post at the time, Branson called the news “heart-breaking,” and spoke out against Singapore’s “relentless machinery of death.”

Branson doubled down on his criticism in another post on October 10. “The truth is that Singapore’s government seems bent on executing scores of low-level drug-traffickers, mostly members of poor, disadvantaged minorities, whilst failing to provide clear evidence that it has any tanigble impact on drug use, crime, or public safety,” he wrote.

Responding to this criticism, the Singaporean government said it invited Branson to Singapore to discuss its approach to drugs and capital punishment with home affairs minister K. Shanmugam.

“Mr Branson may use this platform to demonstrate to Singaporeans the error of our ways and why Singapore should do away with laws that have kept our population safe from the global scourge of drug abuse,” the government said in a statement published on October 22.

“We do not accept that Mr Branson or others in the West are entitled to impose their values on other societies,” the statement continued. “Nor do we believe that a country that prosecuted two wars in China in the 19th century to force the Chinese to accept opium imports has any moral right to lecture Asians on drugs.”

Branson turned down the debate invitation on Sunday.

In an open letter posted on his blog, Branson said television debates are “always at risk of prioritizing personalities over issues” and “cannot do the complexity of the death penalty any service.”

“It reduces nuanced discourse to soundbites, turns serious debate into spectacle,” he added.

He also argued that “local voices” would be of more value than his own. Local activists criticized the TV debate invitation as more of a publicity stunt than a meaningful attempt to engage with the issue.

“What Singapore really needs is a constructive, lasting dialogue involving multiple stakeholders, and a true commitment to transparency and evidence,” Branson continued.

He rejected the claim that he was imposing Western values on Singapore, saying the issue is about “universal human rights.”

The United Nations has said the death penalty “is not consistent with the right to life and the right to live free from torture or cruel, inhuman or degrading treatment or punishment.”

Branson is not the only person to have spoken out against Nagaenthran’s execution.

The Malaysian man was arrested in 2009 for trafficking 42 grams of heroin into Singapore. He had been on death row since 2010 and was hanged in April this year, despite international pleas for clemency.

Nagaenthran’s case was widely criticized as he was assessed by a medical expert to have an IQ of 69 – a level indicative of an intellectual disability. But a Singaporean court agreed that he was not disabled and authorized his execution, triggering a wave of protests.

The government maintains that “the capital sentence has had a clear deterrent effect on drug traffickers in Singapore.”