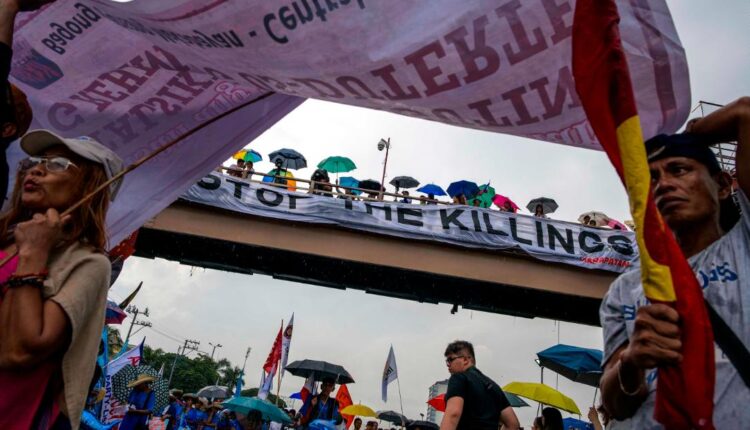 
The court had suspended the investigation in November at Manila’s request, with Philippine officials citing their own investigations into the killings. Governments can ask the ICC to defer a case if they are implementing their own probes and prosecutions for the same acts.

According to Philippine government data, security forces killed 6,117 drug dealers in sting operations from the time Duterte took office in 2016 until the end of April 2021.

Former ICC chief prosecutor Fatou Bensouda, who stepped down last year, had said during her tenure there were reasonable grounds to believe crimes against humanity had been committed during Duterte’s anti-narcotics crackdown, whose death toll has stirred international outrage.

Duterte’s administration had pushed back against rights groups’ claims and the ICC’s investigation, saying the Philippines was no longer a member. Duterte canceled the Philippines’ membership of the ICC’s founding treaty in March 2018.

But under the ICC’s withdrawal mechanism, the court keeps jurisdiction over crimes committed during the membership period of a state — in this case, between 2016 and 2019, when the Philippines’ pullout became official.

From DNA samples to children’s drawings. How Ukraine is trying to identify some of those lost in war

G7 Summit: Leaders face crises on multiple fronts as they meet in Germany