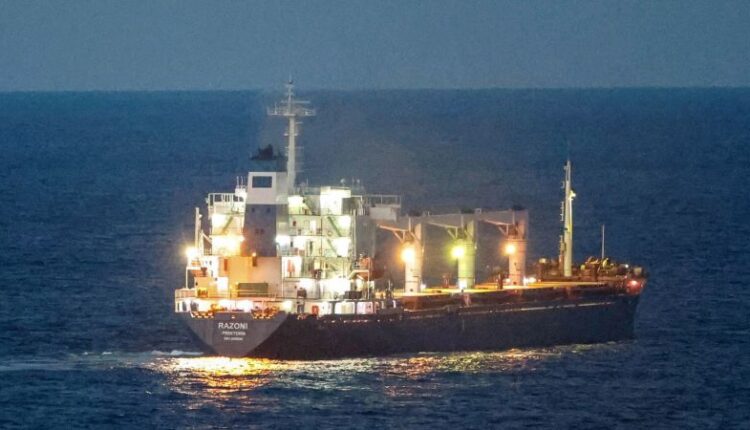 Russia said Wednesday it was rejoining the agreement that guarantees safe passage for ships carrying vital grain exports from Ukraine, a move that may help ease concerns about global food supplies that were raised when Moscow suspended its participation in the pact last week.

The decision to reverse course and rejoin the agreement was announced by the Russian Ministry of Defense just days after Moscow cited drone attacks on the city of Sevastopol in occupied Crimea as the reason for its withdrawal from the deal.

“The Russian Federation considers that the guarantees received at the moment seem sufficient and resumes the implementation of the agreement,” the ministry said in a statement posted on its official Telegram channel.

Russia has blamed Ukraine for the Sevastopol attacks. Ukraine has not confirmed that its forces attacked the city, and the extent of the damage to Russian naval vessels remains unclear.

Turkey, alongside the United Nations, helped broker the deal in July.

Amir M. Abdulla, the UN Coordinator for the initiative, said he “welcomed” Russia’s decision to return to the pact. “Grateful for the Turkish facilitation. Looking forward to working again with all parties in the Initiative,” he tweeted.

The agreement put in place a procedure that guaranteed the safety of ships carrying Ukrainian grain, fertilizer and other food stuff through a humanitarian corridor in the Black Sea. Under the deal, all vessels coming to and from Ukraine’s ports were inspected and monitored by international teams made up of officials from Russia, Ukraine, Turkey and the UN.

The US Ambassador to the UN Linda Thomas-Greenfield told CNN she was “delighted” the deal was being resurrected.

“[The deal] is providing needed food to the world, so clearly Russia was finally convinced that they needed to continue this, they can’t stand in the way of feeding the entire world,” she told CNN This Morning.

Ukraine plays a key role in the global food market, so Russia’s suspension of the deal sparked major concerns over global food supply – at a time when the world is already facing a growing hunger crisis.

According to the UN, Ukraine normally supplies the world with around 45 million tons of grain every year. It ranks among the top five global exporters of barley, corn and wheat. It’s also by far the biggest exporter of sunflower oil, accounting for 46% of the world’s exports.

In normal times, Ukraine would export around three-quarters of the grain it produces. About 90% of these exports have previously been shipped by sea from Ukraine’s Black Sea ports, according to data from the European Commission.

But when Russia launched its invasion of Ukraine in late February, it effectively imposed a blockade on ships leaving Ukraine’s ports. The impact of the war on global food markets was imminent and extremely painful, especially because Ukraine is a major supplier of grain to the World Food Programme. The Food and Agriculture Organization, an UN body, said that as many as 47 million people could be pushed into “acute food insecurity” because of the war.

The Black Sea deal provided much-needed relief. The UN estimates that the reduction of prices for staple foods as a result of the deal has indirectly prevented some 100 million people from falling into extreme poverty.

It added that as of Monday, more than 9.5 million metric tons of foodstuffs had been exported under the deal since it came into effect in the summer.

Prices of wheat and corn on global commodities markets fell after Russia’s decision to return to the pact. Wheat futures on the Chicago Board of Trade fell 6.34% to $8.45 a bushel. Corn futures fell 1.93% to $6.84 a bushel. The moves reverse sharp gains in the prices of both commodities earlier this week, after Russia suspended its participation in the deal on Saturday.

Far-right surge set to put Netanyahu back in power. Who are his extremist allies?