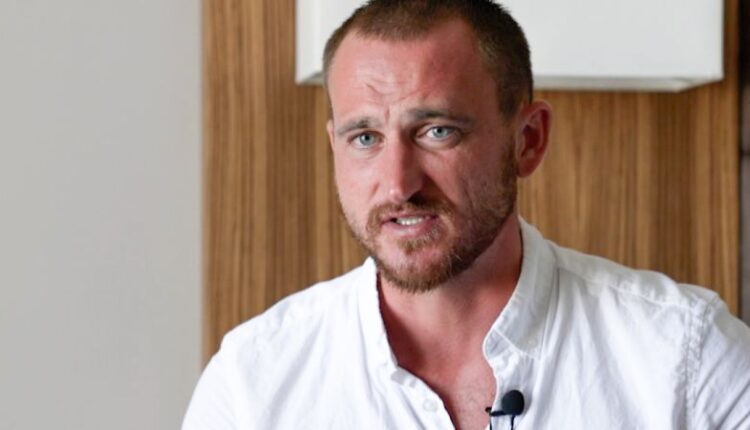 The Kremlin’s justification for invading Ukraine “is a lie,” a Russian paratrooper who previously publicly condemned his country’s war in Ukraine has told CNN.

Two weeks ago, Pavel Filatyev spoke out against the conflict in a 141-page-long testimony posted to his VKontakte social media page, then fled Russia. He is the first serving member of the Russian military to publicly criticize the invasion of Ukraine and leave the country.

Now he tells CNN that his fellow troops as tired, hungry and disillusioned – and that the Kremlin’s war effort is “destroying peaceful lives.”

“We understood that we were dragged into a serious conflict where we are simply destroying towns and not actually liberating anyone,” Filatyev told CNN’s Matthew Chance. CNN is not disclosing the location of the interview for the security of the interviewee.

“Many understood that we do not see the reason that our government is trying to explain to us. That all of it is a lie,” he said. “We are just destroying peaceful lives. This fact immensely influenced our morale. That feeling that we are not doing anything good.”

Filatyev, 33, told CNN “corruption” and repression are rife in his home country and said his unit – which was based in Crimea and sent to Ukraine entering Kherson early in the conflict – was ill-equipped and given little explanation for Russia’s invasion.

According to Filatyev, the soldiers and their commanders did not know what they were expected to do in Ukraine. He added that they soon became disillusioned with the government’s reasoning for its invasion after arriving in Kherson and facing resistance from locals who did not want to be “liberated.”

The paratrooper served in Russia’s 56th air assault regiment and was also involved in efforts to capture the city of Mykolaiv. He was evacuated from the front lines because of an injury.

He told CNN the Russian army lacked basic equipment, as well as drones and other types of unmanned aircraft during his stint on the front line.

“Our barracks are about 100 years old and are not able to host all of our servicemen … all of our weapons are from the times of Afghanistan,” he said.

“Several days after we encircled Kherson many of us did not have any food, water or sleeping sacks on them,” he said. “Because it was very cold at night, we couldn’t even sleep. We would find some rubbish, some rags, just to wrap ourselves to keep warm.”

The capture of Kherson was a significant early military success for Russia. Ukraine is now battling to regain the city as fighting increasingly shifts to the country’s south.

But Filatyev said he struggles to understand the vision of Russian President Vladimir Putin, who launched the invasion of Ukraine nearly six months ago and has seen his troops locked in a grinding, costly conflict.

“Now that I am out of there and without a gun, I think this is the worst, stupidest thing our government could have done,” he said. “I do not know where the government is leading us. What is the next step? Nuclear war?”

“I see what is happening to my country and I am terrified. Everything is destroyed, corrupted,” he told CNN. “The only laws that function well are repressive ones.”

Filatyev fled Russia after conducting some initial media interviews. But he suggested the Kremlin could take revenge for his public position.

“I will either be put in prison … or they will just silence me by taking me out. There were a lot of cases like that in the past,” he said.

“I do not see any other way out. If it happens, it happens.”

The Game Awards Return This December