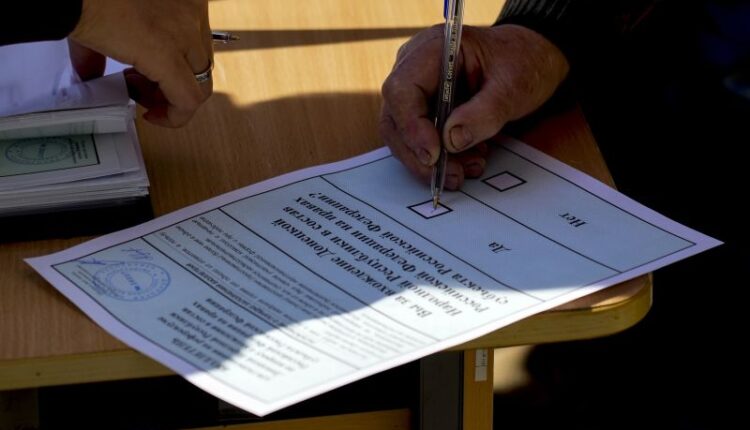 The foreigners that Russian state media routinely cite as being international observers to the so-called referendums in four regions of Ukraine are violating numerous international principles of election observation and are engaging in nothing more than “political activism,” experts in the field told CNN.

The Russian state news agency TASS has over the past week regularly quoted the observations of people it calls international observers as proof that the so-called referendums being held in the occupied portions of Ukraine’s Donetsk, Luhansk, Zaporizhzhia and Kherson regions are free and fair.

“Being here, I can see with my own eyes that people are voting voluntarily,” a German energy executive, Stefan Schnaller, was quoted by TASS as saying in a piece published Saturday. Schnaller was speaking about people in Ukraine’s Zaporizhzhia region.

The EPDE, which promotes best practice for the conduct of elections and election monitoring, says that an election monitor should never extrapolate from individual experience to the fairness of a whole election.

“Observers cannot properly assess elections when they are not members of a long-term observation mission and when they make public statements based only on their own limited observation,” the EPDE said.

Schaller was fired “with immediate effect” on Monday – two days after the TASS piece was published – by his employer, the German energy company Energie Waldeck-Frankenberg (EWF). In a statement, EWF said that Schnaller’s behavior “clearly violates the world view, the moral values and the philosophy of the company.”

In 2005, the United Nations endorsed a set of principles for international election observation.

Among them was that an international election observer mission must respect the “sovereignty of the country holding elections,” and that the host country – in this case, Ukraine – should issue an invitation for international observers. Neither of those principles has been met in this case.

“Any referenda or election on the territory of Ukraine can only be announced and conducted by that country’s authorities in compliance with national legislation and international standards in order to have any legal force,” said Katya Andrusz, a spokesperson for the Office for Democratic Institutions and Human Rights at the Organization for Security and Co-operation in Europe (OSCE), of which Russia is a member.

Andrusz said in a statement to CNN that there was “no legal basis for these referenda.”

The UN also made clear that “international election observation missions should not accept funding or infrastructural support from the government whose elections are being observed.”

That principle, too, is routinely violated, experts said.

Wyatt Reed, an American who works for the Russian state news agency Sputnik, is cited by TASS as being an observer at a polling station in Sevastapol, Crimea, which was annexed by Russia in 2014. And he, too, is quoted for his anecdotal experience that “everything I have seen so far has been very transparent, very open.”

Shekhovtsov, of the EPDE, told CNN that it’s a “well-established business” for Russia to bring together a hodgepodge of so-called experts to lend fake legitimacy to its votes.

“They do this all the time,” he said. “They sent similar observers to the so-called referendum in Crimea in March 2014.”

“Usually they send people who are somehow connected or linked to various Russian actors. People from the Russian networks of influence in the West. Sometimes that people will actually be residing in Russia, so they would not be living in their home countries. Sometimes these are politicians, predominantly coming from the fringes, so it’s the far right and the far left. They would sometimes use journalists, various activists.”

At least one of the so-called monitors cited by TASS is on a list of known “fake” and “biased” observers maintained by the EPDE.

The EPDE says that Janlisbert Velasco, who had previously “observed” Russian parliamentary elections in annexed Crimea, met its criteria for being a “fake” observer. TASS cited Velasco as an observer from Venezuela who said that people in occupied Donetsk did not mind that their ballots were not secret.

Another example is Gianfranco Vestuto, who is cited by TASS as an “Italian observer.” Speaking on Saturday, he seemed to jump the gun on the referendum’s outcome. Though the vote ends Tuesday, Vestuto called the process in the Donbas a “voluntary and free reunification with Russia.” Vestuto is a little known, pro-Putin Italian politician who founded a branch of the far-right Lega party.