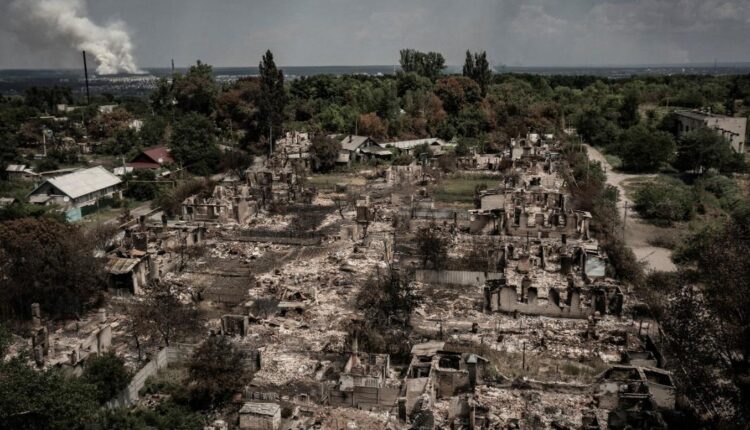 Russian President Vladimir Putin said that Russia’s actions in Ukraine are not responsible for the global food crisis and accused the US of driving up food prices in his speech to the St. Petersburg International Economic Forum on Friday.

“Famine in the poorest countries will be on the conscience of the US administration and the Eurocrats,” he said.

Putin said Russia is ready to export more grain to balance the world food markets. Russia’s focus will be on supplying food to those countries that are at risk of facing famine, he said.

Some key context: Global leaders have strongly criticized Putin’s actions in Ukraine, saying that Russia is using food as a weapon of war.

Russia is blocking maritime access to the Black Sea ports held by Ukraine, meaning that even the grain that is still under Ukrainian control cannot be exported to the many countries that rely on it. Russia’s blockade has already raised global food prices and threatens to cause a catastrophic food shortage in parts of the world, according to the United Nations.

Ukrainian authorities, and some international officials, have accused Russia of robbing the country of grain and other commodities in areas it occupies. Denys Marchuk, deputy chairman of the Ukrainian Agrarian Council Public Union, said that Russia has “stolen about 600,000 tons of grain” from Ukrainian farmers.

Satellite photos of the Crimean port of Sevastopol provided by Maxar Technologies last month appeared to show Russian ships being loaded up with Ukrainian grain. Another set of satellite images revealed that one of the ships arrived in the Syrian port of Latakia last month, its second trip within four weeks.

Meanwhile: In his Friday speech, Putin also again blamed the West for “shifting the responsibility” to Russia for any problems in the global economy.

Putin also said that Russia is not following the “path of isolation,” adding that Moscow seeks “partnerships with anyone who wants to work with us, and there are many of those.”

The Russian leader said that any country who wants to work with Russia “experiences open pressure from the US and Europe including direct threats, but this blackmail means little when we talk about countries led by true leaders who understand what is someone else’s interest and what is their interest.”