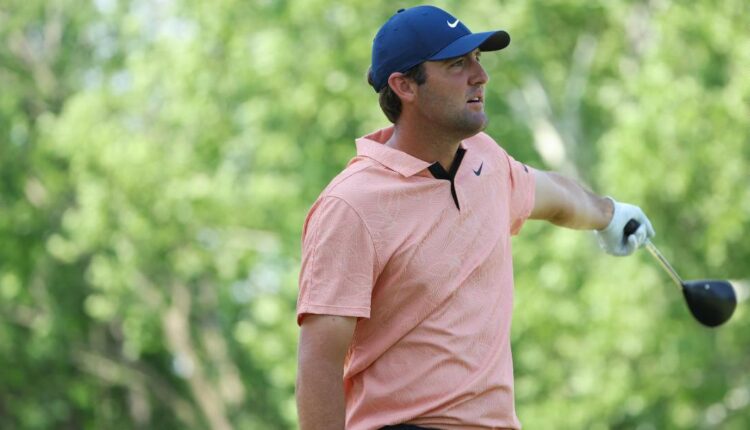 But, during a frustrating opening round on Thursday at the 104th PGA Championship at Southern Hills Country Club, Scheffler’s emotions shone through as the round came to a close.

On the final hole, with two consecutive bogeys behind him, the 25-year-old sliced his drive what looked to be dangerously close to the water on the right of the fairway.

When he got down to this ball, he saw it had in fact gone in the water and, as a result, Scheffler had to take a penalty drop.

After seeing where his ball had ended up, TV cameras caught Scheffler — usually so collected — repeatedly slamming his driver into his bag.

Remarkably, he was able to hit his third shot to within 15 feet of the pin and sink the resulting putt to save a par and show everyone why he’s golf’s world No. 1.

He finished the days play with a one-over 71, six shots behind leader Rory McIlroy.

Scheffler is looking to become just the seventh man in the modern era to win the first two majors of the season after Craig Wood, Ben Hogan, Arnold Palmer, Jack Nicklaus, Tiger Woods and Jordan Spieth.