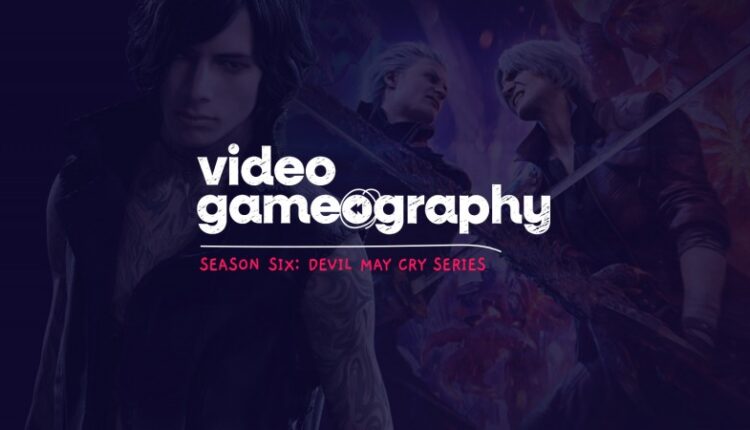 
Let’s rock, baby! Season 6 of Video Gameography gets stylish as we examine the Devil May Cry series! Over the next few weeks, we’ll be covering the history and lore of Capcom’s premiere action franchise. On this episode, we’ll say “Jackpot” to Season 6 as we conclude with the latest title in the series, Devil May Cry 5.

Released March 8, 2019, Devil May Cry 5 serves as a return to the classic timeline after an over-decade-long hiatus. Nero reprises his starring role, but he’s joined by Dante and mysterious newcomer V. The three demon slayers, alongside familiar allies, unite to combat a powerful demon lord. Longtime DMC director Hideaki Itsuno wanted to hit a “homerun” with the title after realizing he may not have many games left in him, so he went all out. That includes adopting Capcom’s famed RE Engine to give the game its most realistic visuals ever and giving players three wildly different playable characters. We’ll unpack the game’s development history, its story (including the big twist), and ponder where the series could go next.

And with the end of Season 6, I’d like to formally announce that this will be the final season of Video Gameography for the foreseeable future as the show will be taking an indefinite hiatus. It may return. It may not. Due to our smaller staff versus the demands of the show’s format, keeping up it going alone has simply become more challenging, and it feels like the perfect time to bow out and end on a high note. I’d like to thank everyone who has tuned in and enjoyed the podcast, all of the incredible guests, as well as the show’s creator and my original co-host Ben Reeves (@BenjaminReeves) for allowing me to tag with him on this adventure. I’d like to also thank John Carson (@John_Carson) for being a wonderful second partner on the show. Be sure to show those two some love, because the show wouldn’t have been nearly as good without them.