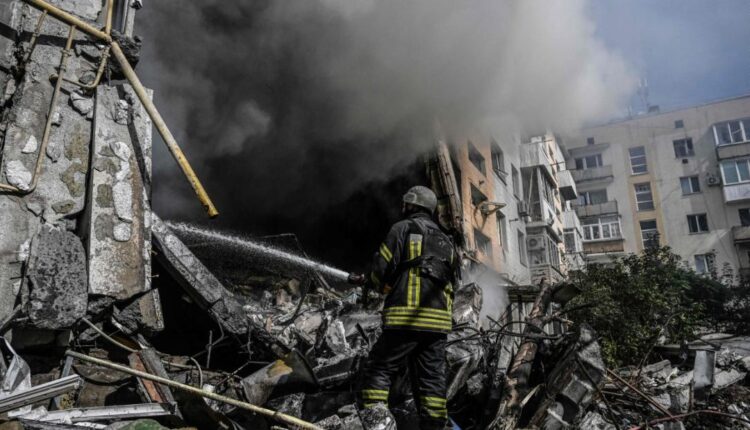 A lawmaker from Russia’s main ruling political party United Russia, which backs President Vladimir Putin, has filed an application to be sent to fight in the “special military operation” — what Russia calls its war in Ukraine — the party’s press service said Saturday in a statement.

Oleg Kolesnikov, a member of the State Duma Committee for the Protection of Competition, said he has military experience and is a reserve major, according to the statement.

“I served in the Soviet army in Poland. I was the commander of a self-propelled artillery gun. I graduated with the rank of Foreman, now a reserve Major. And I must do my duty,” he said.

The​ applications will be considered by the Ministry of Defense of the Russian Federation, the party said.

“Several regional and municipal deputies of United Russia are going to join the special military operation, many of them decided to volunteer,” the statement said.

Some background: The announcement comes as protesters demonstrated in cities across Russia against Putin’s declaration of “partial mobilization” this week to support the war in Ukraine. Some detained protesters were directly conscripted into the military, according to a monitoring group.

Experts say Russia’s forces have been significantly depleted. The announcement would see 300,000 reservists called up, according to Defense Minister Sergei Shoigu.

In an early sign of how seriously Moscow is ramping up its efforts, the Human Rights Council of Russia has proposed that immigrants from central Asian countries who have had Russian citizenship for less than 10 years will undergo compulsory military service in Russia for a year.