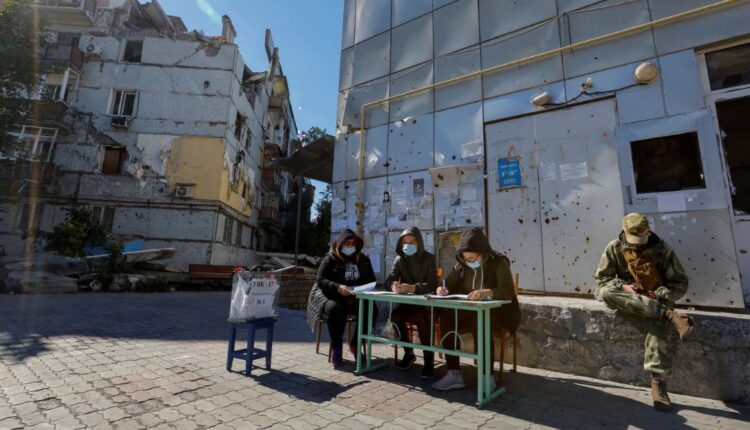 
European countries on Tuesday raced to investigate unexplained leaks in two Russian gas pipelines running under the Baltic Sea near Sweden and Denmark, infrastructure at the heart of an energy crisis since Russia’s invasion of Ukraine.

Experts and also Russia, which built the network, said the possibility of sabotage could not be ruled out.

Sweden’s Maritime Authority issued a warning about two leaks in the Nord Stream 1 pipeline, shortly after a leak on the nearby Nord Stream 2 pipeline was discovered that prompted Denmark to restrict shipping in a five-nautical mile radius.

Why this matters: Both pipelines have been flashpoints in an escalating energy war between European capitals and Moscow that has pummeled major Western economies, sent gas prices soaring and sparked a hunt for alternative energy supplies.

“There are some indications that it is deliberate damage,” said a European security source, while adding it was still too early to draw conclusions. “You have to ask: Who would profit?”

Russia also said the leak in the Russian network was cause for concern and sabotage was one possible cause.

Neither pipeline was pumping gas to Europe at the time the leaks were found, but the incidents will scupper any remaining expectations that Europe could receive gas via Nord Stream 1 before winter.

“The destruction that occurred on the same day simultaneously on three strings of the offshore gas pipelines of the Nord Stream system is unprecedented,” said network operator Nord Stream AG. “It is not yet possible to estimate the timing of the restoration of the gas transport infrastructure.”

Although neither were in operation, both pipelines still contained gas under pressure.

Denmark’s energy minister Dan Jorgensen said in a written comment that leaking gas had been detected in Nord Stream 2 on Monday between Russia and Denmark.

Gazprom, the Kremlin-controlled company with a monopoly on Russian gas exports by pipeline, declined comment.

The new Nord Stream 2 pipeline had yet to enter commercial operations. The plan to use it to supply gas was scrapped by Germany days before Russia sent troops into Ukraine in February.