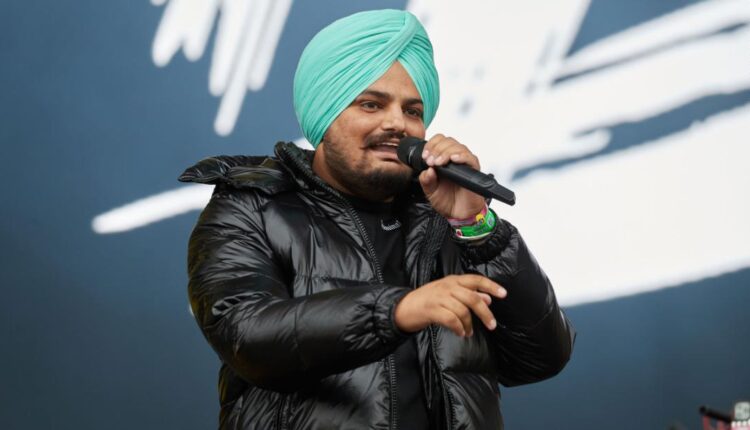 The 28-year-old singer, whose real name was Shubhdeep Singh Sidhu, sustained a bullet injury and was taken to hospital where he was confirmed dead, Punjab police chief Viresh Kumar Bhawra told reporters.

Bhawra said about 30 empty casings were found at the crime scene, belonging to at least three different weapons including a 9mm handgun.

“Sidhu Moose Wala was gunned down in a state-sponsored murder. The AAP government is totally responsible for this,” India’s ruling Bharatiya Janata Party said in a statement.

Punjab chief minister Bhagwant Mann, from the AAP, said Moose Wala’s killers would not be spared. “I am shocked and deeply saddened by the gruesome murder of Sidhu Moose Wala. Nobody involved will be spared. My thoughts and prayers are with his family and his fans across the world. I appeal everyone to stay calm,” he tweeted.

Moose Wala left his home in a car with two other people at around 4.30 p.m., Bhawra said. About an hour later, two cars approached the vehicle from the front and opened fire, he said.

The attack comes as Punjab’s state government announced the scaling back and withdrawal of security cover previously provided to 424 officials, among them 122 politicians who included Moose Wala, according to the Press Trust of India. Critics said the move would make individuals vulnerable to attack.

Bhawra said Moose Wala normally had access to four commandos but two had been reassigned to cover the anniversary of a Sikh massacre. Moose Wala still had access to two armed security guards but had chosen not to travel with police protection on Sunday, Bhawra added. “When he left his house, he did not take commando (guards) with them and told them that they did not need to come,” Bhawra said.

The singer also had access to a bulletproof car that he did not use, Bhawra added.

Moose Wala rose to fame after releasing his first song in 2017, becoming one of the most prominent musicians of his generation.

He had 8 million followers on Instagram and his music videos have racked up millions of views on YouTube. Fellow rapper Drake reacted to the news of his death by sharing a photo of him on Instagram. “RIP Moose,” he wrote in a caption.

The rapper ventured into politics in 2021 and joined the Indian National Congress party, contesting Punjab legislative elections in February when he was defeated by the rival AAP.

On the front lines with a family fighting for Ukraine

The Azores: Nine island gems with a volcanic past and a magical present